Location: Mangistau district in Mangistau region, 36 km to the east from Zharmysh village.

Description of the Monument: It is located on top of Kyzyladyr in the area of Ushkoz-Tamdy, in the most eastern part of the Eastern Karatau Ridge. In 1984 the monument was investigated by expedition of 'Mangyshlakrestavratsiya' under the direction of O. Ryaguzova. It was first included in the governmental records by Decision  of the regional Council of the Executive  Committee no. 496 dated 24.10.1987. Later by resolution of Akimat of Mangystau region no. 279 dated July 28, 2010 the monument was included in the governmental list of historical and cultural monuments of local value. Located on the road Shetpe-Otess at the top, in the south-eastern direction. At the relatively large necropolis there are about 100 different types of  tombstones. The oldest one was built out of roughly shaped stone and dates back to the 16th century Compositional part of the necropolis in the western part is different by its fences, saganatams and kulpytasses. The majority of saganatams is built of sawn lime-and-sand stone and are found in the eastern part; a lot of buildings seem to be under construction. The southern wall of these buildings is less concave, which is typical for the traditional folk architecture of the monuments in Mangistau. It gives a lot of information about the history and ethnography of the region. Similar exclusive and a huge structure in the form of a saganatam framed with plant patterns is located in the south-eastern part of the necropolis. Architectural monuments in the necropolis are presented by kulpytasses, koitasses and 7-step plates. Kulpytasses can be divided into 3 types. The first group: the upper part is flat not very decorated on the edges. The second group: the upper part is  rectangular сut column. The third group: kulpytasses are quite big, hence with few patterns. The main construction material is sandstone and limestone. No restoration works were performed. The area of the necropolis is 1.8 hectares, the general area is 540 m.

Historical Data, Legends and Stories: Berdaly Otarola was born in 1727 and died in 1770 in the age of 43 years. According to legend, Berdaly from Yeskeldi subclan was a messenger of the Adai who were among the first who arrive in Mangistau; he was  treacherously slain and buried by the Adai son on the Peninsula of Mangistau. Nomads considered murder a grave offence; legends and tales say that was the beginning of departure and forcing back the Turkmen from and this is connected with the tragic death of Berdaly. It is believed that it was the death of Berdaly became a cult victim and resulted in departure of the Turkmen. Exactly one year later, on the bank of the Embа river a steppe bai Sanazar had a vision-testament: he saw Berdaly. Sanazar together with batyrs Alagozy, Keiki and others arrived in Mangistau and according to the testament opened Berdaly's grave and buried him at the Ushkoz foot opposite the Kyzyladyr highland.  Surprisingly, the body of the deceased Berdaly was untouched by decay. 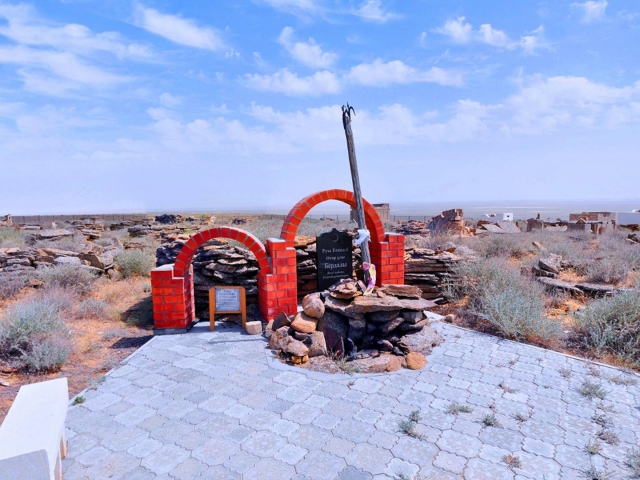 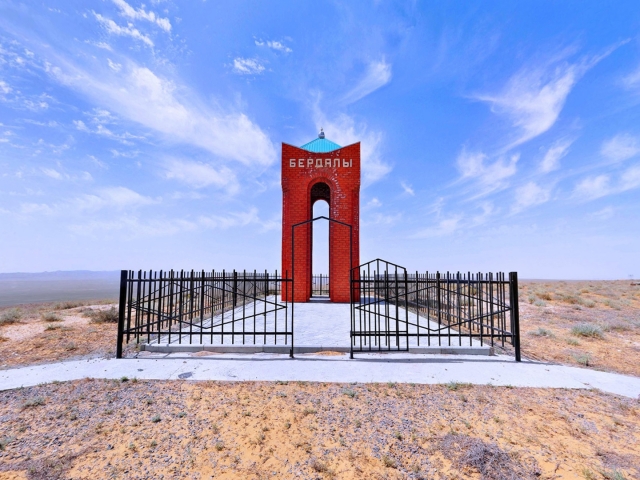 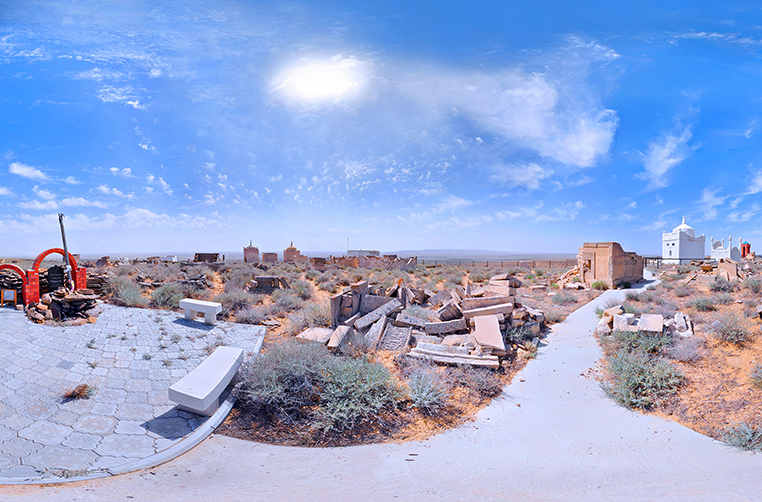 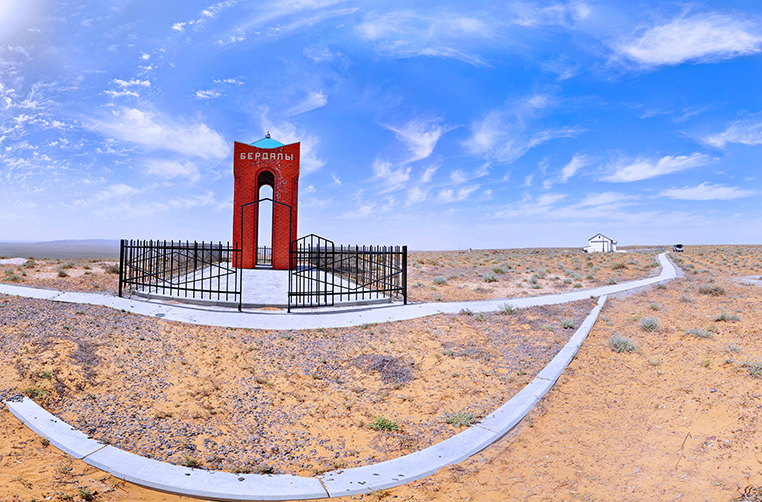 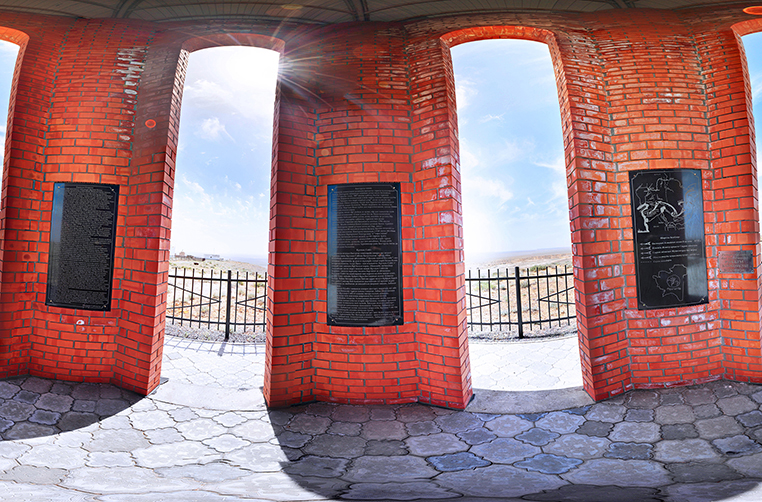