Description of the Monument: The monument was studied in 1981 by expedition of Mangyshlakrestavratsiya under the direction of S. Zhunissova. The necropolis was included in governmental records as per Decree no. 121 dated 25.03.1982 by the Executive Committee of Mangyshlak Soviet of People's Deputies. It is currently included in the list of national historical and cultural monuments of local value by Order no. 3 dated January 5, 2018 by Mangistau Regional Akimat. This memorial was included into the list of sacred objects as part of the project of regional importance Geography of Sacral Paces in Kazakhstan within the program 'Spiritual Renewal'. The necropolis consists of a variety of monuments of different age in the amount of about one hundred. The earliest monuments judging by their architectural and compositional style and structural solution refer to the end of 17th century. They are represented by several saganatams, koytasses and kulpytasses and a mosque. Antiquity of the mosque is pointed by walls made of broken plates of limestone on mud mortar. Monuments of later period are represented by several saganatams which facades, ornaments and interior are decorated with foliage pattern.

Historical Data, Legends and Stories:  Judging from the extant legends Yessmambet is a holy man, Mangistau kozha (clan), a preacher of Islamic ideas in the region. His descendants Abish-Mulla and Sansyzbay were well-deserved followers of their ancestor. At the time the necropolis of Yessmambet is considered a sacred place; local people often overnight near the necropolis. 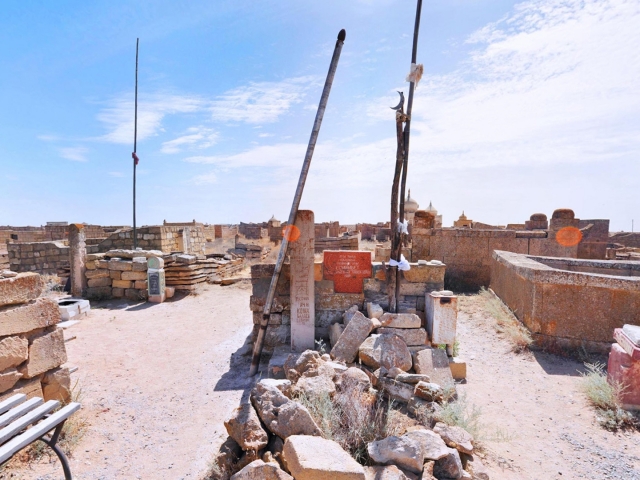 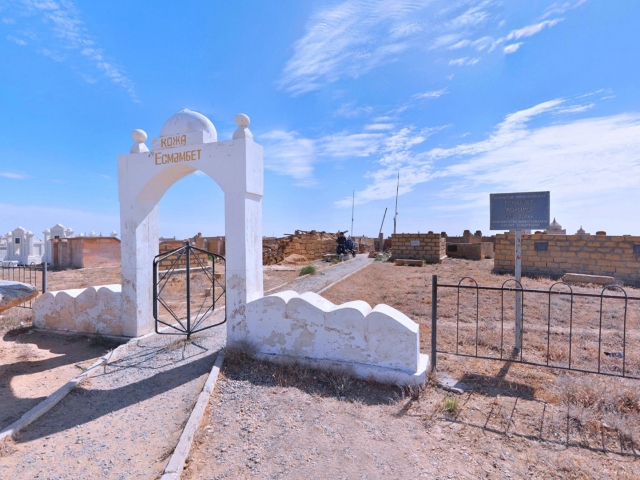 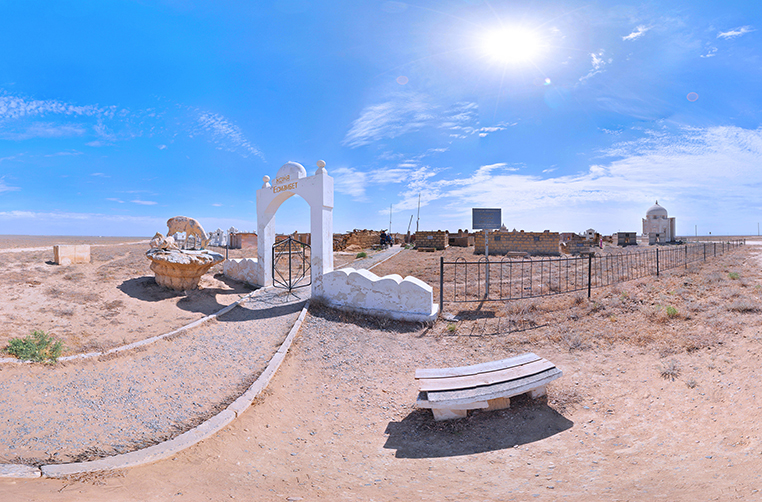 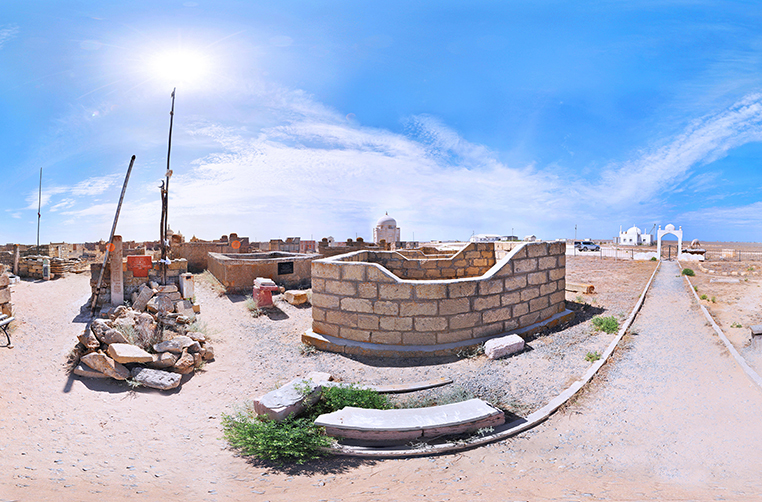