Description of the Monument: It is currently included in the list of national historical and cultural monuments of local value by Order no. 3 dated January 5, 2018 by Mangistau Regional Akimat. This memorial was included into the list of sacred objects as part of the project of regional importance Geography of Sacral Paces in Kazakhstan within the program 'Spiritual Renewal'.

Historical Data, Legends and Stories: An outstanding religious figure Yermuhamed Tolegenuly, religious name – Bektemis Yerzhan Khazret was born in 1887 in Kerel area currently Mangystau region. He received his primary education in the local school and enrolled in Bukhara madrasah 'Kokiltash', from which he graduated in 1926 as a teacher. From this year begins his educative activity in his native land. During the Soviet time he was subject to prosecution all the time. Four times in 1932, 1936, 1937 and 1941 he was convicted of anti-Soviet propaganda and religious activities. The last time he was sentenced to ten years in corrective labor colony, from where he was released under an amnesty but until the end of his life he was under an unspoken and semispoken supervision of special bodies. He did the only permitted religious activity – funeral rituals. He did not stop self-education, ordered many religious books. He often met with his followers under the guise of family ties or age veneration, these conversations took place in a secret location under the cover of night. He secretly prepared and distributed handwritten instruction, manuals on Islamic literacy and religious rites. He was deeply religious, with meek spirit, and at the same time intolerant to godlessness. Was very reticent, but when necessary, found surprisingly accurate expressions. He adhered strictly to prescriptions of the Holy Koran and instructions of his teachers. For example, he honored and implemented the Naqshbandi principles – presence in his own family, constant thoughts about the motherland; he taught for the sake of peaceful and creative life to be friends with neighboring peoples. When in the age of eighty years old he died, Caucasus natives who lived in Mangistau and came to his funeral were given the honor of carrying out the body to the place of burial. His lifestyle and his sayings have become a standard of learning, honesty, and divine righteousness for Mangistau residents. In older years khazret settled near the cave Sufi lodging Shakpak Ata. The logging is in the broad valley framed by rocky mountains bordering the Caspian sea. Since ancient times people were drawn to this area with a special local climate; archaeologists found the most ancient settlement of the Neanderthals here; they knew how to handle local light stone and fabricate tools out of it. This lodging was built in an ancient sacred place; similar caves surveyed by archaeologists are located in the neighboring southern republics and date back to 5-4th centuries BC. The lodging was built during the time of the Golden Horde, i.e. in the 11-14th centuries, presumably by Naqshbandiyah of local Sufies. The lodging is surrounded with distinctive landscape with harsh but unique and attractive beauty. Paths through the rocks, gorges with tamarisk thickets incline to solitude, merging to nature and ancient world, thinking about the fate of an individual, his place in the environment.

Source: Data of the local historian A. Yedilkhan. 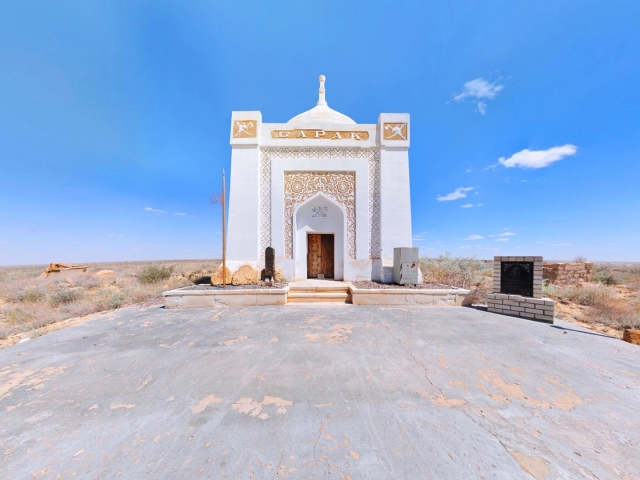 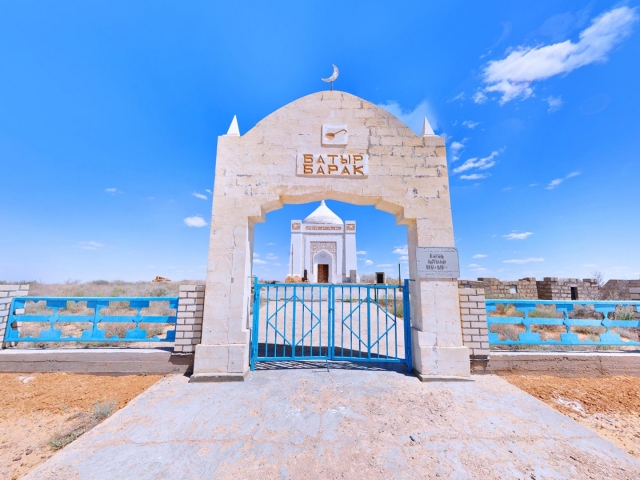 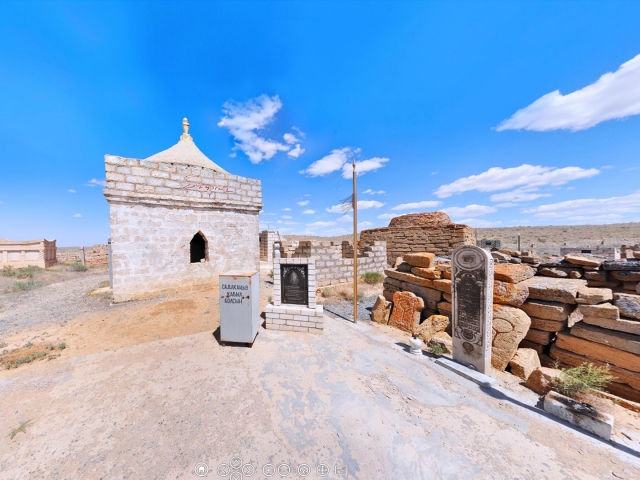 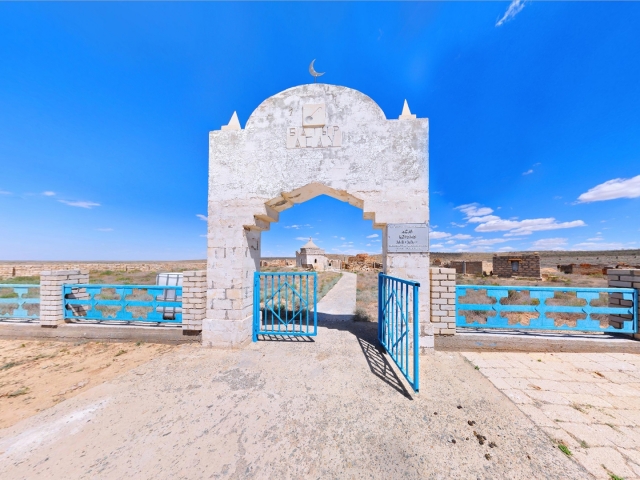 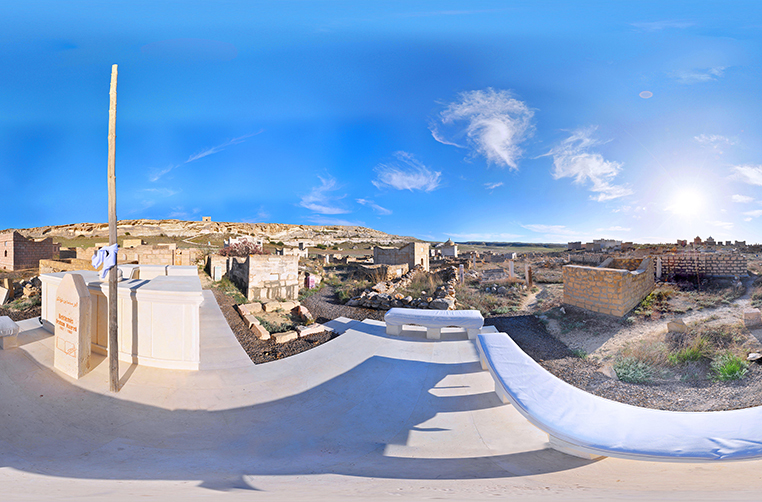 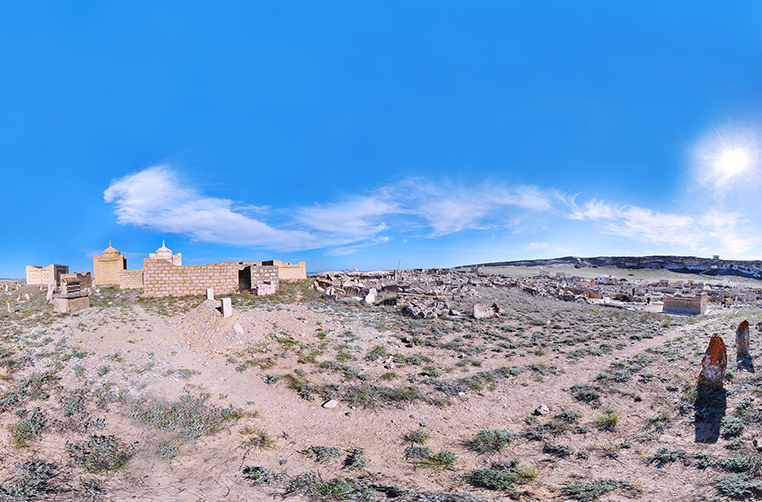 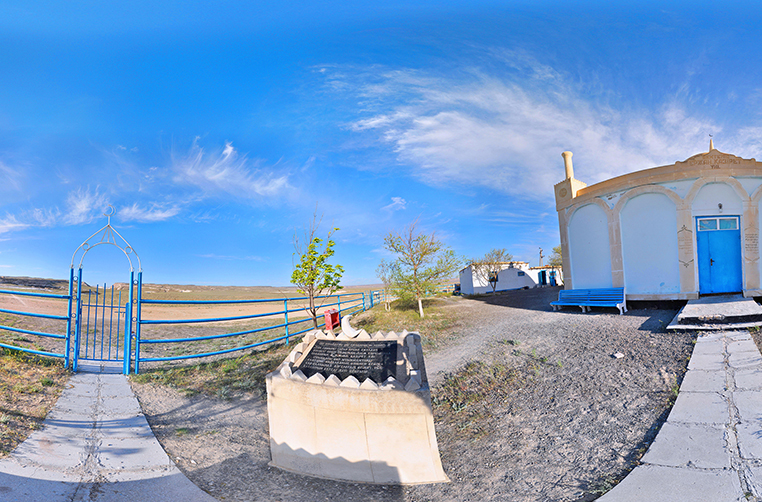 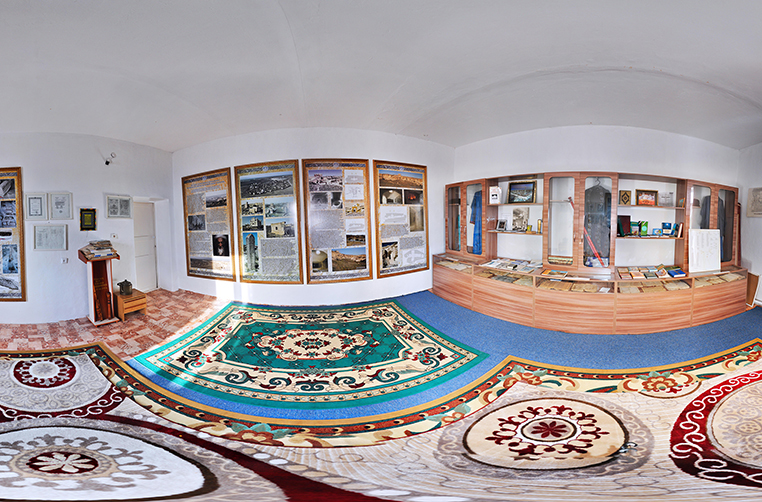