Location: One of the archaeological monuments of the 10-13th centuries, located in Mangistau district of Mangistau region, 20 km to the north-west from Shetpe village, on the banks of Akmysh spring.

Description of the Monument: In 2004-2005 Kyzylkala settlement was studied by archaeologists. Preliminary excavations on a small area suggest that this is the remains of a large trade and handicraft town, grown at a caravan route of the northern arm of the Silk Road. It dates back to X-XIII. The settlement consists of the fortress remnants surrounded by numerous homesteads. In the middle of the north-western wall there is the main gate. Angular and two intermediate towers are perceptible in exposed elements of stonework outside the fortress walls. Archaeologists assume that this settlement is mentioned in manuscripts as an impregnable fortress Mangyshlak (one version is that the name translates as &#39Big village'). In fact there are remains of a large fortress in Kyzylkala settlement with walls  fortified with massive stone blocks and twelve towers. The basis of the settlement, occupying an area of about 50 hectares, is a square fortress (110х115 m), surrounded by 4 meter high walls. The fortress may have been an outpost of Khorezmshakh state in Mangistau intended to secure passing caravans. Around the fortress eventually a trade and craft settlement was established – a rabat with the division into blocks and private estates. People produced pottery and glassware, worked iron and copper and made jewelry. The main population originated from Khorezm colonists and not far from the town around Sherkala mountain a fortified settlement of people from local tribes was arranged who did cattle breeding and agriculture.

Water supply of such a large settlement was ensured by nature: apart from the spring river Akmysh, under the layer of continental clay and sand at 2.5 m depth from the ancient water level there is groundwater fed by springs of the Western Karatau ridge.

In 2004, 200 foundations of accommodation and household buildings were revealed let alone untreated structures. According to archaeological research and written sources, Arabic historian Al-Istakhri for the first time in the 10th century mentions that Kyzylkala settlement is most likely that  famous fortress called Mangyshlak.

In 2012 the medieval settlement Kyzylkala was included in the tentative UNESCO World Heritage List.

Historical Data, Legends and Stories:  As a result of excavation it was discovered that the city was destroyed before the Mongol invasion. But, according to written sources, Mangyshlak was attacked and occupied by Khorezmshah in 1127. Mangyshlak and Kyzylkala may have been one and the same city. The place of this town can be seen in the Catalan map of A. Cressca dated 1375 and the map of Pizzigani brothers dated 1386. On the entire settlement area fragments of millstones are found and in the upper cultural horizons a solid reaping hook was found. Exploration of the surroundings of the settlement recorded a vast area of ancient agricultural development. These findings may testify extensive cultivation of grain and melon crops by Kyzylkala inhabitants. Cultural layer of the settlement is full of animal bones of animals consumed by the residents. There are bones of sheep, goats, horses, camels and wild boars. The cattle was probably supplied to the residents by local nomadic cattle herders. There was a domestic trade in the town. Coins have not been found so far but there were massive copper rings looking like earrings that could be used as a cash equivalent. Local potters produced a large variety of cooking, household and dining ceramics, attempts were made for glazed ceramics. A large part of ceramics was made with a potter's wheel. Part of the dishes were brought from Khorezm and Iran.  For finishing the front facades of individual buildings there was production of bricks with carved pattern. There is archaeological evidence for a jewelry shop in Kyzylkala. Archaeologists found small bronze and silver cast items, a chip of a jewelry stone mold, a sphere-cone – ceramic vessel to store amalgam (mixture of gold and mercury used for gold plating). There are often found beads of colored glass, jade, jet, carnelian, rock crystal, lazurite and amber. Complex fabrication such as iron and copper processing also flourished .

Construction of the town supposedly began during 10–11th centuries. In the second half of the 13th century, after attack of the Mongols and destruction of the Khorezm empire as the sea level and trade route direction changed economic importance was lost and the seething life of the town went out. 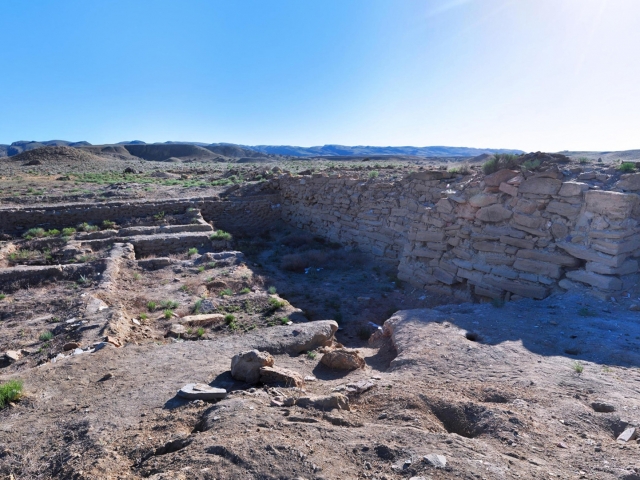 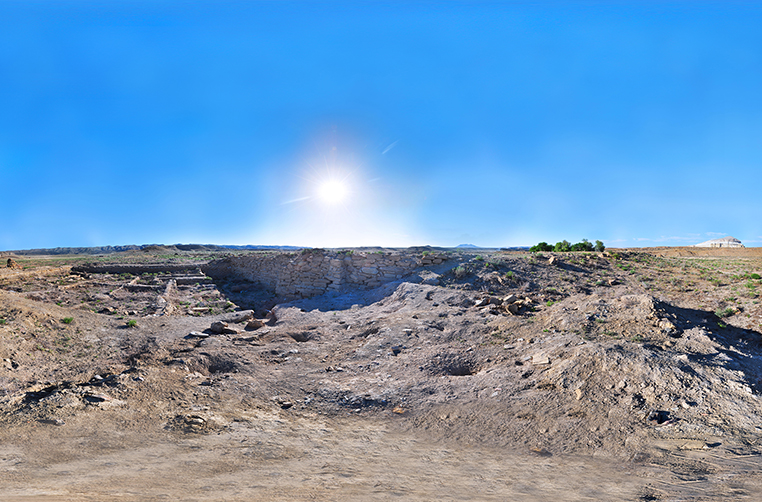