Location: Mangistau district of Mangistau region, 40 kilometres to the south-east from Otess village along the road down from Ustyurt Plateau to lower Mangistau (road Karatau-Manata).

Description of the Monument: One of the main 14 roads connecting the Ustyurt Upland with the Mangystau Lowland is called 'Man-Ata'. In ancient times it was a unilateral road for people and mouflons only, but after a while it turned into a road traveled by caravans laden with goods. The second name of this steep slope is Karatuye-Manat. Man Ata is like a gate to Mangistau. In autumn, when population returned from summering ground to wintering ground in the peninsula and approaching Manat the nomads saw the top of Otpan mountain and the Mangistau Lowland. Looking over the hazy distance at the upturned like a cauldron Otpan mountain, the nomads were glad that they finally reached home.

Historical Data, Legends and Stories: The road which in antiquity was only hauled by camels eventually transformed into a motor road. In the 50-70's of the 20th century this slope was considered the most steep and dangerous among drivers traveling from the lowland to the Ustyurt Plateau. It often happened that the car turned over and slid into the abyss. The locals have their explanation for such tragic events. According to their words and beliefs, at the foot of the mountain there is an ancient tomb of the holy man, the reason for the sudden coming off the road by drivers is lack of respect to the spirit of the deceased, people do not stop and not read the memorial prayers. No one dares to dispute this, as the faith of the Kazakhs in the auliye – the saints is genetically embedded. And it is no accident Man-Ata is  historically situated at the junction of Mangistau with other regions. It's hard to say  if Man-Ata was Turkmen or Kazakh, it is clear and indisputable that this is very old auliye and that is why the data is similar. 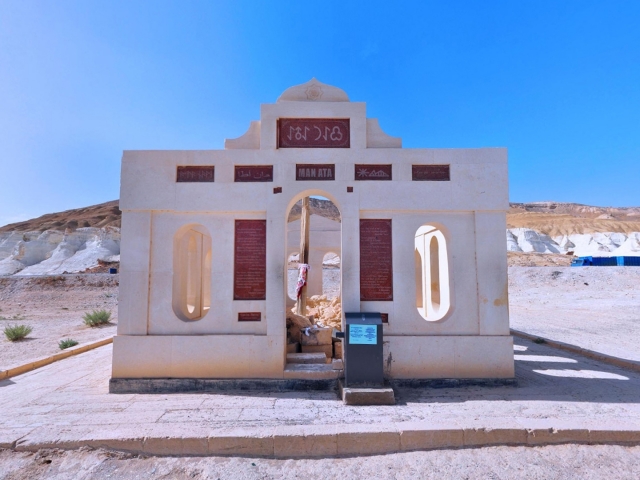 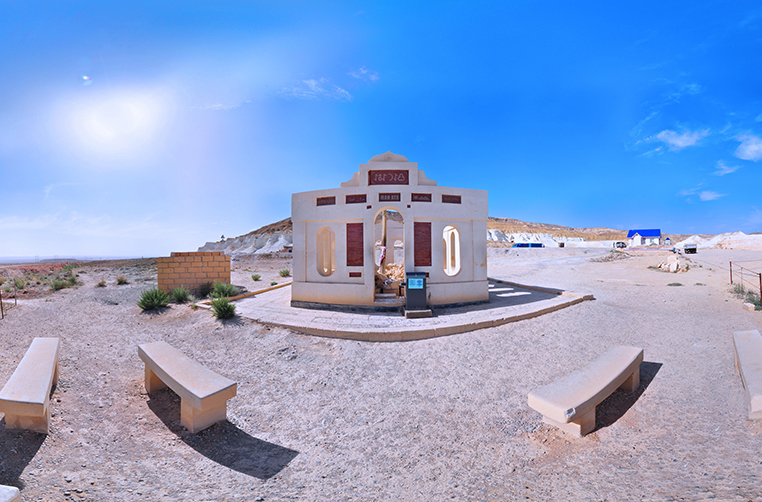