Location: located in Mangistau district of Mangistau region, 20 km to the south-east from Ushtagan village.

Description of the Monument: In the necropolis there are architectural monuments and small mausoleums of unusual types. The necropolis consists of the Oguz and Kypchak and Kazakh parts. Oguz - Kipchak part of the necropolis (14th-18th centuries) is represented by the mausoleum and many tombstones looking like koitass and  koshkartass. The Kazakh part of the necropolis (18th-19th centuries) is concentrated in the north-eastern outskirts. Along with the major buildings, there is a large number of kulpytasses and koitasses installed both separately and in combination with syndyktasses. About 300 of them are koitasses. In the south-western part of the necropolis there is an underground mosque Massat Ata. The mosque is better preserved than other monuments, there is no adverse environmental effects. It is made of dense sandstone the interior in the form of four-winged yurt. In the upper part there is a light opening. The outer part is lined with worked stones. A. N. Bernstam in his work titled &#39Architectural Monuments of Kyrgyzstan' assumes that construction of such domed structures was typical for nomads living in the Asian steppes. It is like a copy of a shanyrak in Kazakh yurts. In the southern part of the mosque there is the entrance door. Inside there is a mihrab towards Mecca. Outside 3-4 km to the west there is a pit with diameter of 2.5 m. On the southern surface from the side of the door there is a mihrab, the walls are engraved with surahs, and at the entrance there is a small corridor directed to Mecca. Opening in the ceiling is reinforced with stone. Outside 3-4 m to the west there is a hole with diameter of 2.5 m. In front of the mosque there is a flat stone with a gutter of several meters. The gutter is connected to the well. In front of the mosque on top of the stone drain grooves are embossed, and a well is excavated. The monument was first investigated in 1979 by an expedition of the Ministry of Culture of the Kazakh SSR under the direction of architect M. Nurkabaev. Upon Resolution no. 38 by the Council of Ministers of the Kazakh SSR dated 20.01.1982 the site was first taken under the state protection.  By Order of the Minister of Culture and Sports of the Republic of Kazakhstan no. 119 dated March 30, 2015 the memorial was included in the governmental list of historical and cultural monuments of national importance. In 2005, 2006 at the necropolis of Massat Ata experts of 'Mangyshlakrestavratsiya' carried out research and restoration work.

Historical Data, Legends and Stories:  According to legend, the necropolis is associated with the 'saint' who came here from Mashhed (hence the name of the necropolis) during the Kalmyk invasion. Massat Ata had iconic status both  among the Kazakhs and the Turkmen. He had the reputation of a batyr who fearlessly defended his land from invaders. People preserved the legend of how he died. A lot of enemies tried to kill batyr Massat, but he defeated them all, and enemies left with nothing or suffered a complete defeat. For a long time enemies could not find his weak spot. And in the end they managed to find a way they could destroy batyr Massat. Massat had younger wife – tokal, not very intelligent woman bribed by the enemies, who had sent to her one of their emissaries. The emissary found out from this stupid woman that the weak point of batyr Massat was his neck... One day, during morning prayer, everything around changed its initial state due to the trance the saint fell into: stones, earth and trees; enemies attacked him and cut off his head. The saint's head dropped on the prayer mat. Massat Ata leaped up, turned his head into the mat, and ran out. His devoted mare with a foal followed him. Some time later the mare gave up the ghost, and the saint with the foal disappeared, having become invisible. Traces of the saint, drops of his blood, hoof prints of his horse and the foal  imprinted on the stones forever. There is no grave of saint Massat Ata  but this necropolis is the oldest holy place in the entire region. 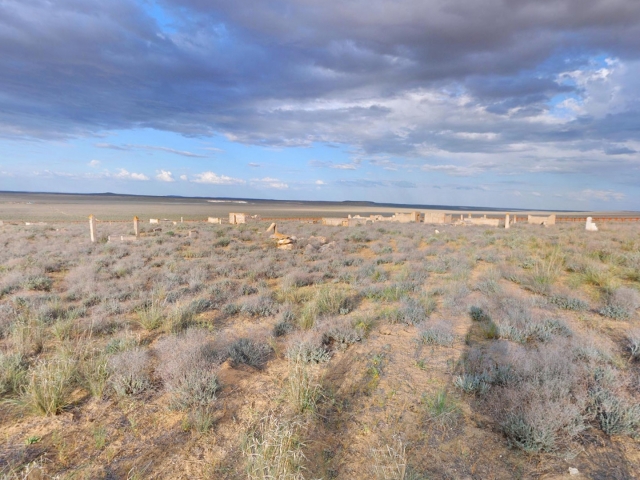 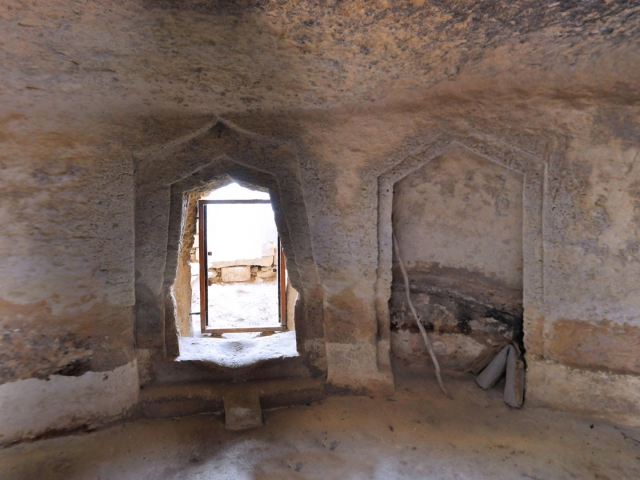 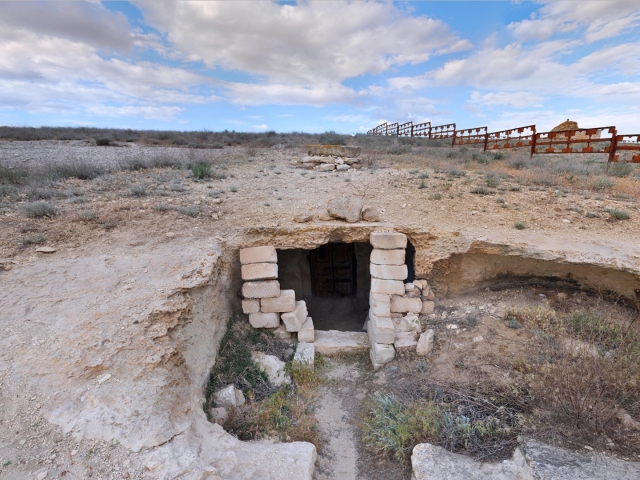 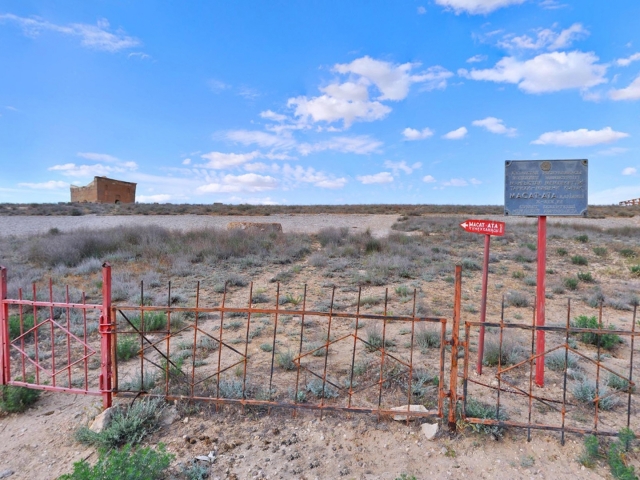 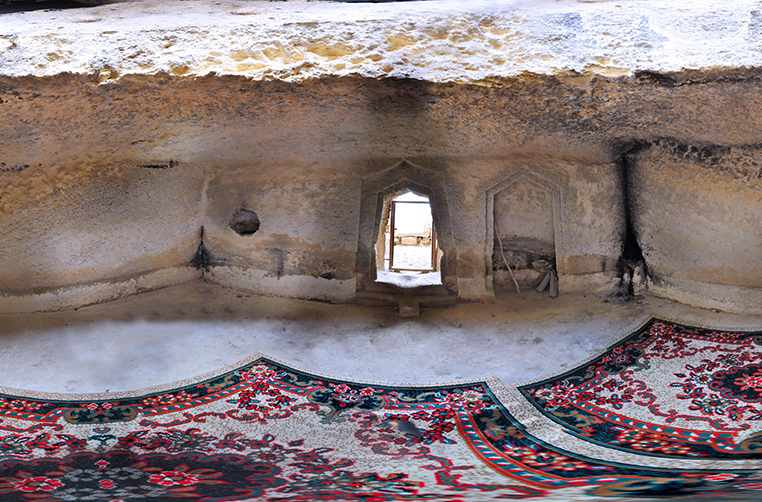 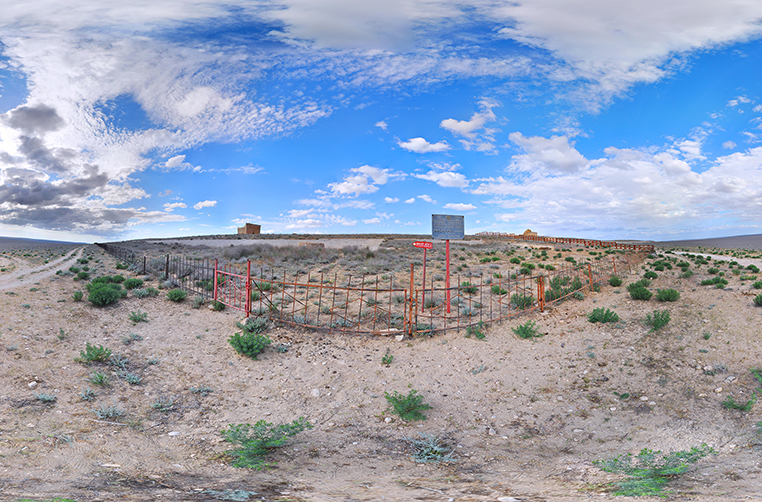 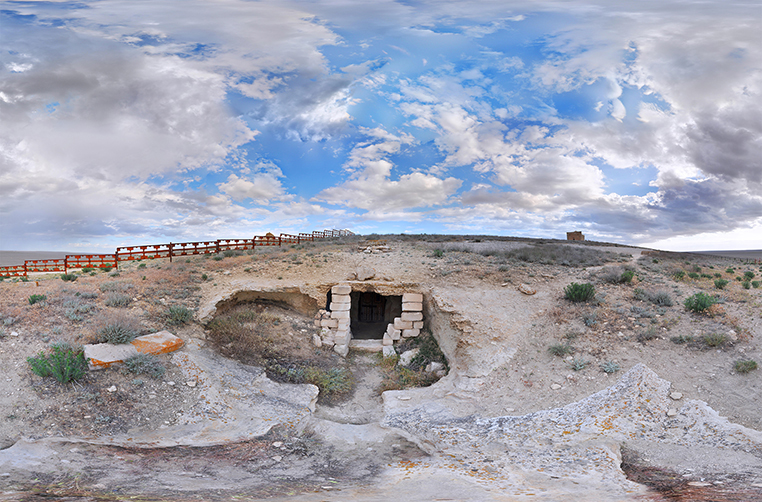 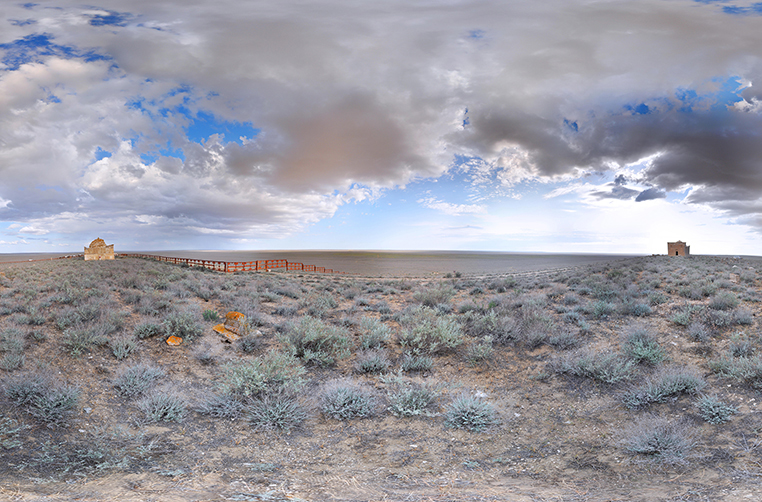 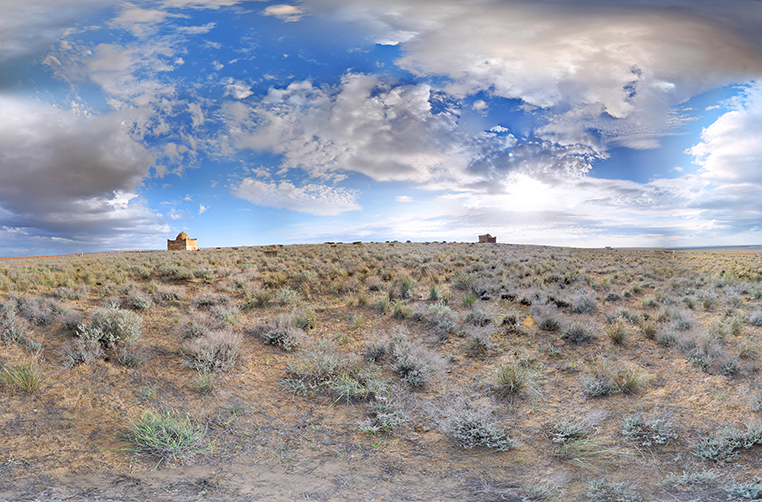 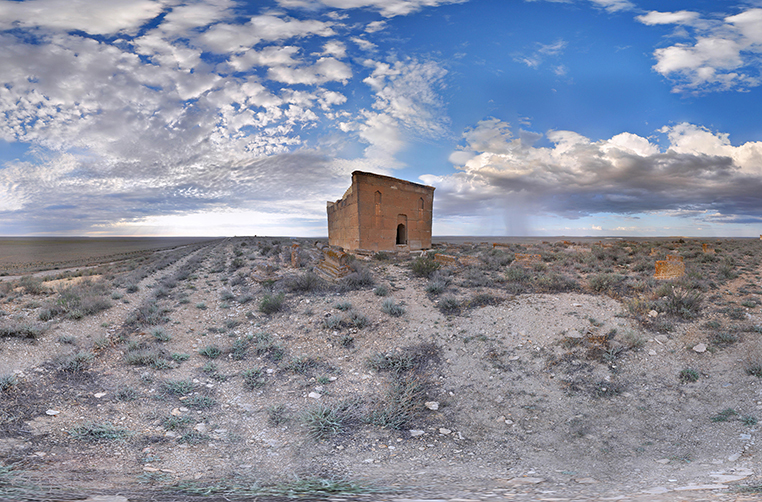