Location: located in Mangistau district of Mangistau region, 25 km to the south-east from Akshymyrau village.

Description of the Monument: In 1983 The monument was studied by expedition of Mangyshlakrestavratsiya under the direction of A. Kolgabayev. It was included in governmental records of historical and cultural monuments of local value by Decree no. 208 dated 24.06.1985 be the Executive Committee of Mangyshlak Soviet of People's Deputies. It is currently included in the list of national historical and cultural monuments of local value by Order no. 279 dated July 28, 2010 by  Mangystau Regional Akimat. The necropolis dates back to around XVIII-XIX centuries. Mausoleums and saganatam of the necropolis define its silhouette visible from afar. Mausoleum no. 15 is located in the southwestern part of the necropolis. It is a rectangular portal-dome construction. It is erected from slabs of limestone and sandstone on clay mortar without foundations. Wall structure is typical for Mangistau in the 19th century: facade and interior facing with carefully worked plates was done simultaneously with wall brickwork and bound with it. The ceiling is made in the form of a dome of stone slabs as a false arch. On the outside it has helmet-like shape and a drum is imitated; ornately shaped cap is crowned a dome boss. Facades of the mausoleum are decorated with stone cornice and basement belts,  entrance is highlighted with decorative niches; there is ornamented carving under the eaves, imitating a belt of decorating plates. There is a special path running to it connected with a new mosque built at the foot of the hill  with necropolis.

Historical Data, Legends and Stories: Mynkissi Baissauly (a grandson of Buken) approximately lived in 1793-1838. In people's memory Mynkissi remained as healer and bonesetter, and as for the way  he was born, there is information that Becket Ata came to help his father Baissal and as a result Mynkissi was born. With the blessing of the holy spirits Mynkissi obtains magical power. First he tries himself in fighting competitions Leaving behind him a lot of wrestlers, gaining the glory of an invincible hero. At the age of 20 he was invited to the wedding celebration where a fight with a wrestler named Arys from Zhemenei tribe of Adai clan would take place. By the time they arrived at the celebration it was almost over as well as the fight. Wrestler Arys from Adai clan took part in competition 'Tuyepaluandyk' and beat 39 fighters and received honorary title 'Tuye-Paluan' (translates as camel-fighter). And Mynkissi took part in competition bull-fighter. Mynkissi also defeated all the rivals at this celebration and went to the last fight with a young fighter named Nurkas. When two wrestlers stood next to each other it became clear that wrestler Nurkas is much more broad-shouldered, with big arms  and cultured muscles than Mynkissi. Nurkas did not bat an eye when he saw Mynkissi, haughtily looked at him as if to say: 'Who are you to fight with me?'. When the judge motioned the two wrestlers instantly came to grips. Nurcas immediately wanted to quickly suppress the enemy and achieve a victory. He had a strategy: he grabbed the opponent with both hands, twisted him over his head and with all his strength threw him on the ground. Having considered Mynkissi was weaker than him, he again used his method. But every time he raised Mynkissi and threw him to the ground Mynkissi landed to his fours  like a cat. Nurkas was getting angry. With his last bit of strength he did the same again and again. But it did not work. Having spent his effort in vain Nurkas broke into a profuse sweat.  Mynkissi understood that Nurkas wasted his  strength, put him down on his back and hit against the ground. Heavy Nurkas awkwardly fell and broke his thighbone. Aroused Saryarka inhabitants were unable to immediately find a bone-setter and Mynkissi began to reset the bone himself. Touching and stroking the fractured part he set the bone and tightly bandaged the fracture. Tired body of Nurkas sinks into a sleep. Before Mynkissi went home, wrestler Nurkas with tears in his eyes had apologized to Mynkissi for his arrogance and hubris, the old men told.

Who knows, Mynkissi may have continued his life as a wrestler if famous wrestler  Karalda would not have stopped him once... And the story is as follows. According to tradition, Mynkissi once came to visit Karalda-batyr's home to greet and to say hello to him. At that time Karalda-batyr approached his  eighthies. And then Karalda-batyr told Mynkissi that he wanted to try him, because people said that Mynkissi loved wrestling. But Mynkissi replied he dis not dare to fight with him, because he was like a father to him. Then Karalda fell backwards and offered Mynkissi to make it so that he would not be able to rise. Mynkissi could not argue with the batyr. Karalda lied on his back and Mynkissi pressed on his chest having had a hold of a bush nearby. And instantly Karalda saying 'up' stood up lifting up Mynkissi. Mynkissi pulled out the bush was holding to. 'Praise to you, you are strong enough. But wrestling is not an art. I was also used to be a wrestler. Because of my enduring strength many people suffered and were injured. If you hurt someone, stop fighting - Karalda-batyr taught in conclusion. After this incident, Mynkissi stopped wrestling for good and started to treat people and set bones.

The fame of Mynkissi as a bone setter spread far beyond. He becomes known in distant places. From afar people were coming to him. All kinds of fractures and dislocations were healed by the touch of magic hands of  Mynkissi. As soon as a person with a fracture started his way to Mynkissi, his sore place calmed down and unbearable pain stopped. Once he run his magical fingers over the fracture, everything fell into place immediately, and tossing and moaning patient instantly calmed down and fell asleep. In addition Mynkissi had visionary powers. He got reputation of a saint because everything he predicted came true. It was a reserved man who never crossed a line. 'May you gift pass on to your descendants, Burkit Ata blessed him and this gift passed on to his descendants. 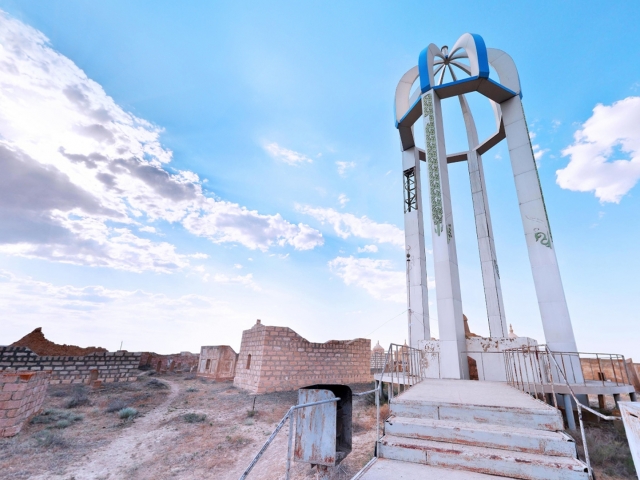 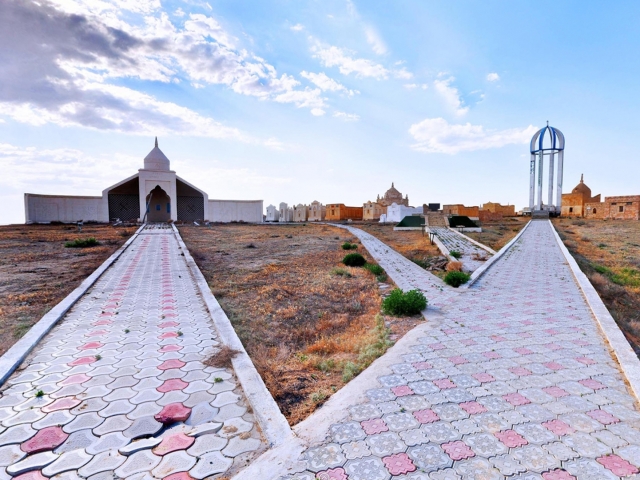 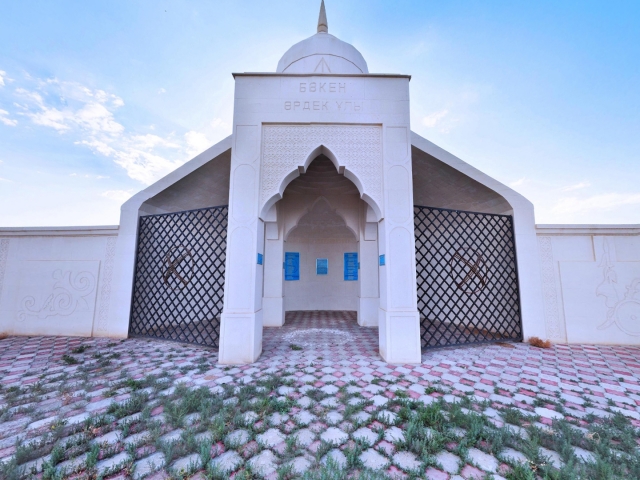 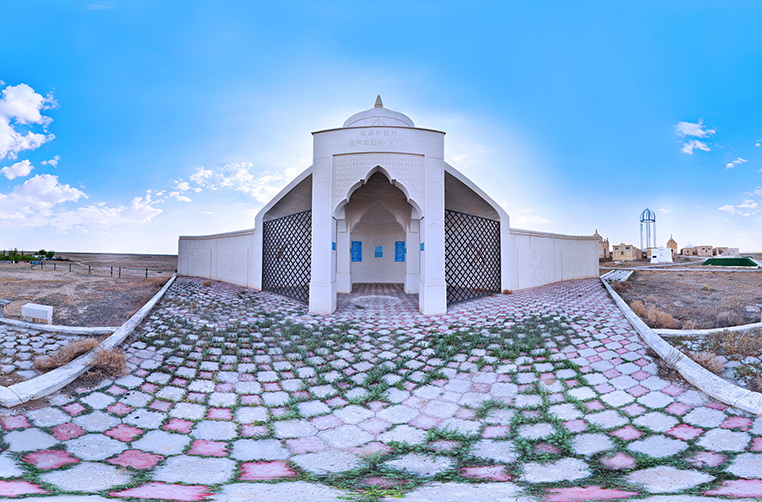 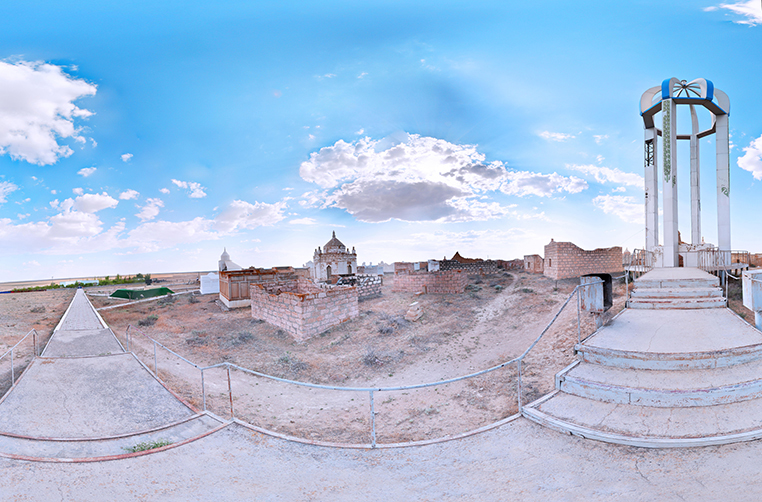 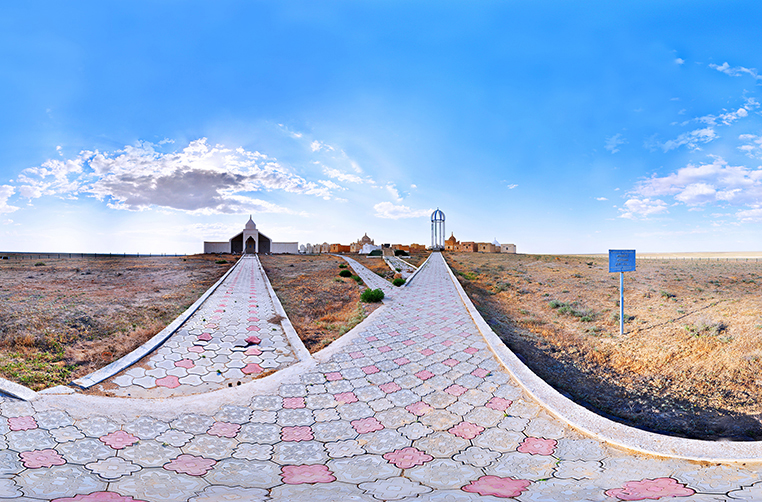