Description of the Monument: Identified and examined by expedition of ‘Kazproyektrestavratsiya’ Institute of the Ministry for Culture of the Kazakh SSR in 1980, additional study carried out by specialists of Mangistau National Historical and Cultural Reserve. It is currently included in the list of national historical and cultural monuments of local value by Order no. 3 dated January 5, 2018 by Mangistau Regional Akimat.

This memorial was included into the list of sacred objects as part of the project of regional importance Geography of Sacral Paces in Kazakhstan within the program 'Spiritual Renewal'.

The necropolis stretches along the hill, its oldest part of 17-18 centuries visible on the modern daylight surface represented with graves marked with unworked stones and vertically installed coarse slabs, simple fence and stone sandyktas-chests. In 19th century simple saganatams and kulpytasses were built in the necropolis, their walls covered with artful ornamental carving. Modern mausoleum erected over the grave of Oglandy and is located at the entrance to the necropolis. It has simple architectural forms and unusual shape of an elongated dome.

Historical Data, Legends and Stories: Ogylandy is translated from Turkmen as infant, kid. According to the legend, one year nomadic Turkmen tribes lost many children here due to epidemic. All of them were buried at the same cemetery, which was later called Oglandy, that is for children. During his life Becket Ata willed that the pilgrims before making a bow to him should visit this place considered sacred by locals.

According to another legend, prophet Yafis called his son Yafis-Oglanli and made him the leader of the people. S. Polyakov notes that the word 'oglan' is often found in this region and the last person was named in such a way was the father of Tokhtamysh khan, who was the ruler of Mangistau in 50-60-ies XIV - Tuyekozha Oglan (Toykozha-Oglan). Abish Kekilbayev indicates that Oglan in Mangistau is possibly linked to Tuykozha Oglan. 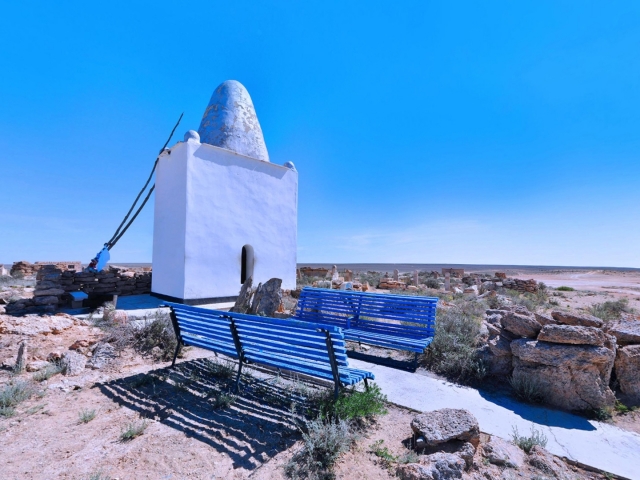 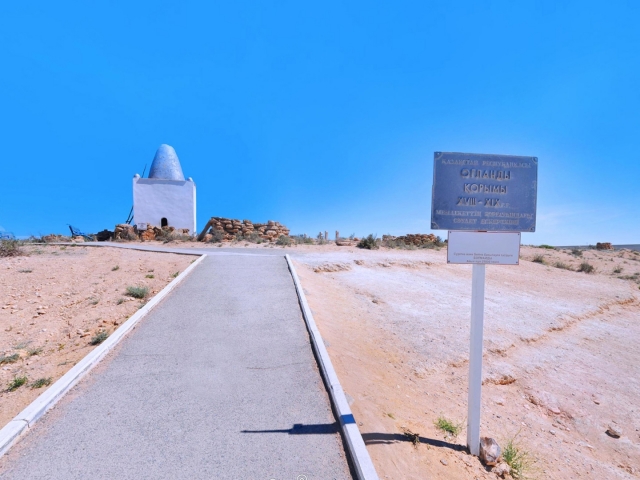 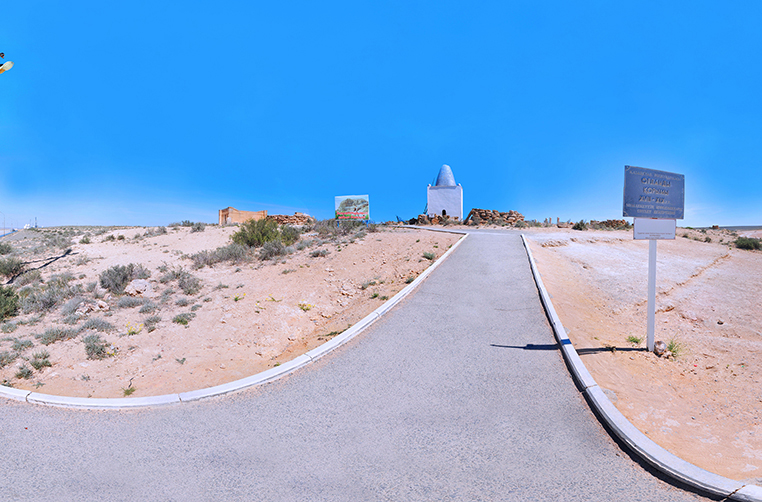 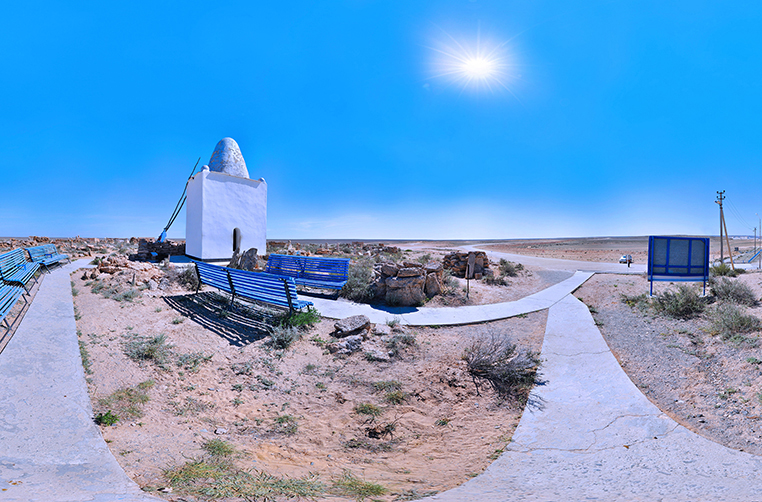 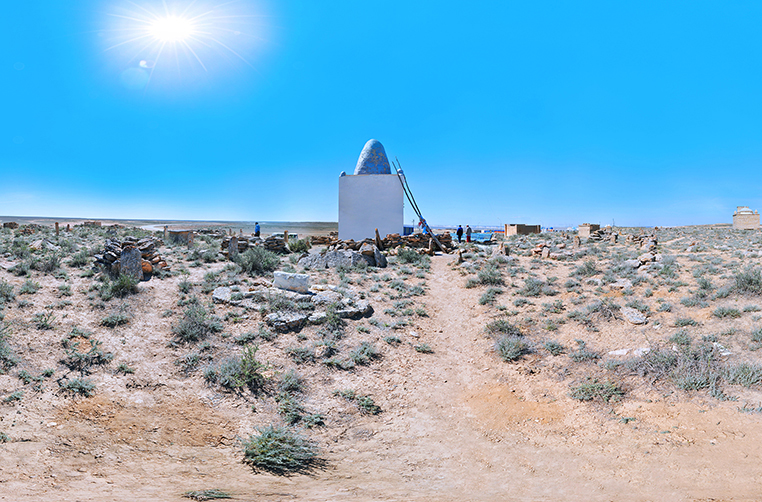