Petroglyphs on the Airakty Mountain

Location: located in Mangistau district of Mangistau region, 18 km to the north from Shetpe village.

Description of the Monument: Researched by A. G. Medoyev in the 60s 20th century. Scientist A. G. Medoyev studied rock paintings in Airakty mountains in 1979 and published his work 'Rock Paintings' in 'Zhalyn' publishing house in Almaty. The monument was first included in the governmental records by Resolution of Mangystau Akimat no. 264 dated 25.12.2002. It is currently included in the list of national historical and cultural monuments of local value by Order no. 279 dated July 28, 2010 by  Mangystau Regional Akimat . The only mountain chain crosses this region between the Caspian and the Aral seas and the Ural river. It is Mugadzhary. Starting from Ustyurt, it runs to the north-west to the Ural mountains, separated from them with still large steppe area. The center of these mountains, closer to Ustyurt is called Zhalgan-Tau. The spur, the most prominent in the steppe as an outpost, is the Karatau, and their top is called Airakty. Images are depicted in the eastern and southeastern sectors of the Cretaceous deposits located on the eastern side of the plateau-like limestone mountain Airakty. On the stones animals are drawn: camel, horse, mountain goat, horsemen and stylized images reflecting religious views. The absolute height of the mountain reaches 148 meters.

Historical Data, Legends and Stories: Small residual mountains known among the local population under the name Airakty. Airakty mountains look like fairy castles with spires, towers, colonnades and walls.  Wild, winding path on one of the mountains, made by semi-wild horses leads to a small observation spot. It offers panoramic views of the distant Aktau mountains and all the Airakty castles. During wet spring the valley is covered with small but sweet-scented Sughd tulips. Along the sides of Airakty mountains on the blocks of chalk incised drawings can be seen called by researcher A. G. Medoyev 'Steppe Symphony'. 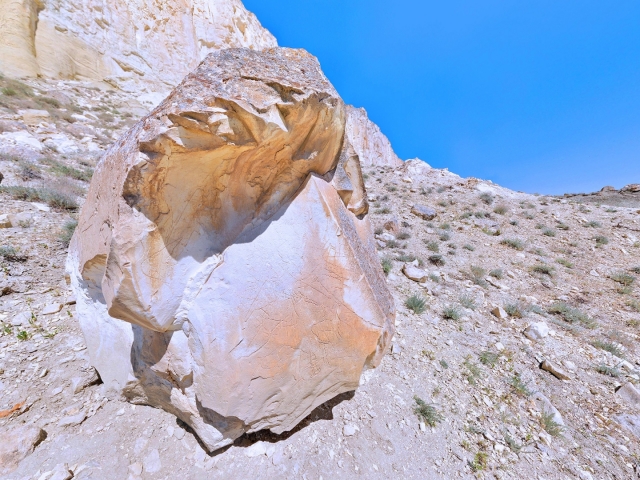 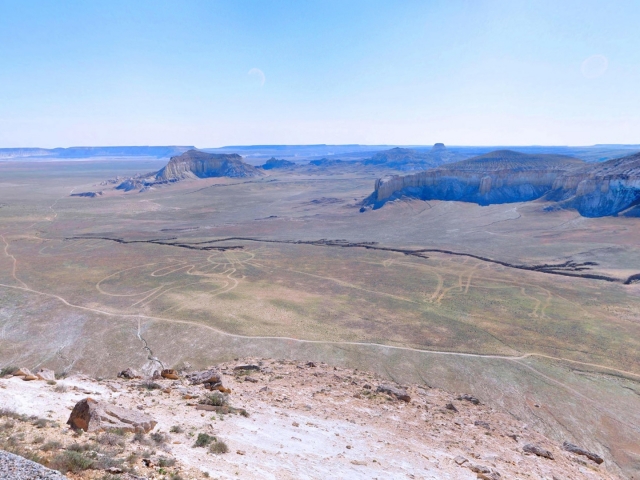 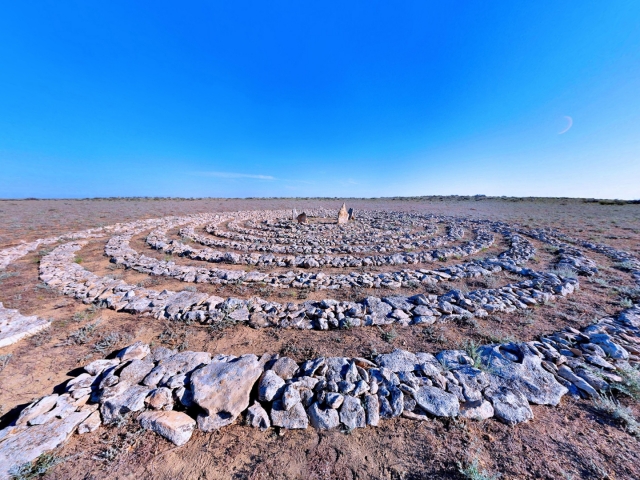 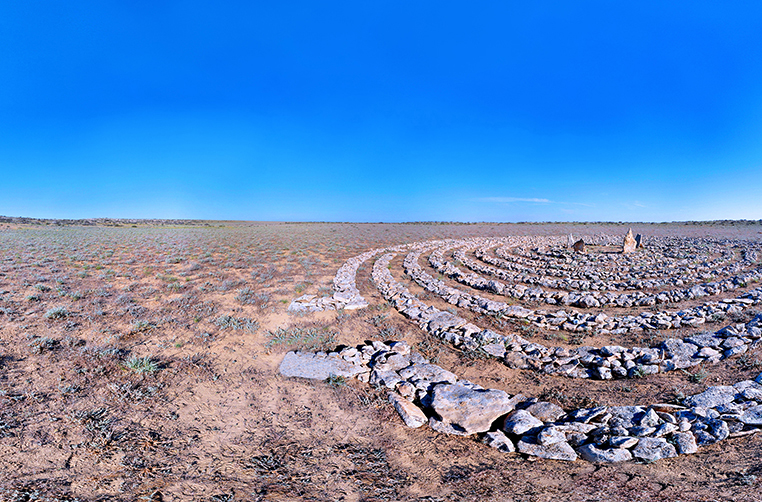 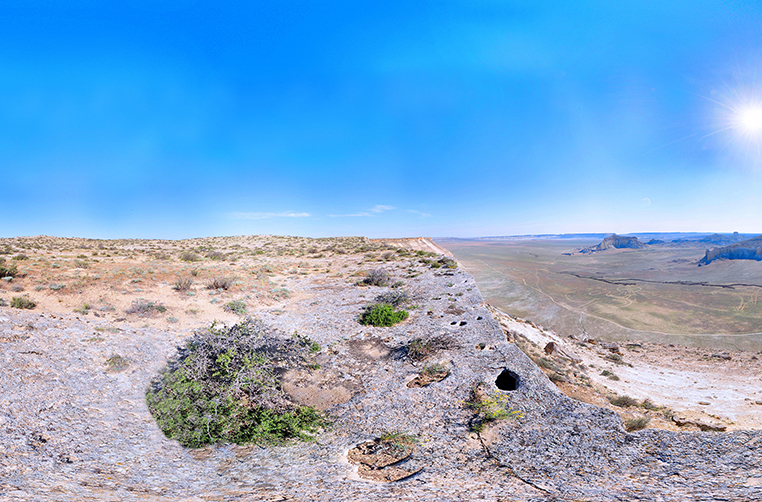 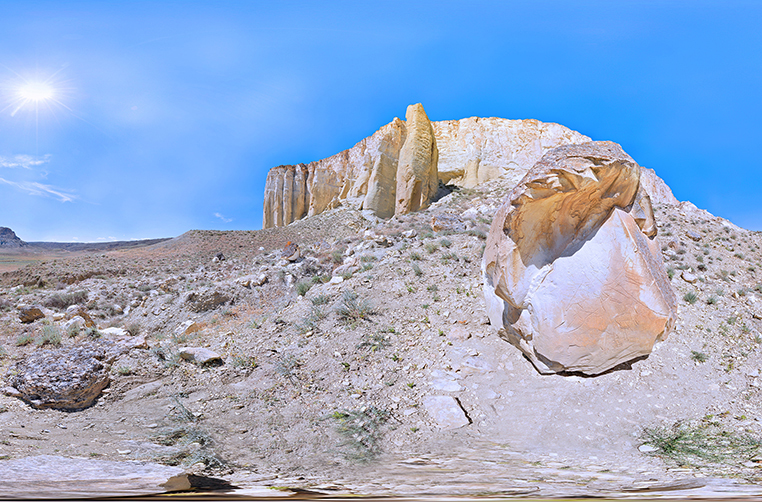