Description of the Monument: For the first time the monument was surveyed in 1951-1952 by architectural research expedition led by architect M. M. Mendikulov, and by expedition organized by the Ministry of Culture of the Kazakh SSR in 1977-1978, and also in 1982 by expedition arranged by the Society for Protection of Monuments, headed by S.Ye. Azhigali. Upon Decree no. 38 of the Council of Ministers of the Kazakh SSR dated 26.01.1982 the historical and architectural complex was first taken under governmental protection with republican value.  By Order of the Minister of Culture and Sports of the Republic of Kazakhstan no. 119 dated March 30, 2015 the memorial is currently included in the governmental list of historical and cultural monuments of national importance. This memorial was included into the list of sacred objects as part of the project of regional importance Geography of Sacral Paces in Kazakhstan within the program 'Spiritual Renewal'. Research and restoration works were conducted in the mosque and necropolis in 1992, 1995-1996, 2003-2004, 2010, 2013, 2014, 2015, 2016. 1640 monuments were included in the records as a result of the research. All the area to the west and north-west from the mosque is occupied mainly with Turkmen medieval monuments. Among them there is a huge number of stylized gravestones of 'koytass' type and archaic fences, tomb-chests, stelae-firthes, roughly worked stone slabs - stelae, stylized tombstones. In the eastern part of the necropolis, where only Kazakh monuments are located, there are a large number of saganatams, domed mausoleums, kulpytasses, kulpytasses with koytasses, stepped tombstones of ushtas type. The mosque consists of 12 rooms connected with each other. Each room has its function. For example, a room for religious rituals, others are for education, and rooms for household needs. The central room is a rectangular hall with dimensions 7,1x5,1 m The room is lit by a round skylight with a diameter of 1.5 m, which is slightly displaced of the center of the ceiling. Almost in the center of the room there is a wooden pole with the height of 1.5-1.8 m. A place with a pole is considered sacred. At the bottom of the left wall there is a burial chamber. This burial chamber, where according to the legend, Shopan Ata was buried, is significantly deepened in the thickness of the rock. A little further there is a door which opens to a small area. Near the entrance there is a burial chamber closed with a curtain . According to the legend the daughter of Shopan-Ata is buried there. To the entire width of the southern and western walls of the central hall two spacious rooms are cut down for pilgrims. Below the mosque there is a well. Perhaps later the second mosque was built which is located just to the east of the main one. It has a separate entrance. In the courtyard a mulberry tree is growing. To the east of it a few more burial chambers are cut down .

Historical Data, Legends and Stories: Many historical places of the region are associated with the name of the thinker of Kazakh steppes Hodja Ahmed Yassaui, propagator of Sufi studies who lived in the 12th century. They say that Shopan-Ata was a pupil of the famous Khoja Ahmed Yassawi. The word 'Shopan' is popularly understood as 'shepherd' this notion is also associated to well-being. Among the people Shopan-Ata is known as a spiritual person and a symbol of household who linked tengrism and Islam. The name of the Holy Shopan Ata is widely known in the region. His grave is an essential site visited by pilgrims on their way to the great Kazakh shrine - Becket Ata underground mosque. According to the legend, Shopan-Ata is a spiritual mentor of Becket Ata, appearing to him in a dream in the guise of an old man to tell him parting words. However, there is not much information available about Shopan Ata. All information about this great man was preserved only in legends. Here are a few lines about Shopan Ata, recorded by Russian ethnographers in 1973 'Shortly before his death, Hoja Ahmed prayed in the mosque and sitting there threw his essa into the window; the essa flew away; then he told to his murids: 'I will read surah al-Fatiha to those who will bring me my stick'. All the murids rushed out of the mosque to find a stick, only Shopan Ata stood up, reached the door of the mosque, but returned at once and sat down. Hoja Ahmed turned to him and asked: 'Why are you sitting?'

'I would go, if you read surah Al-Fatiha right now; the stick is already far from here on the west, at the Mangyshlak Peninsula on the shore of the great sea' Shopan Ata said.

At this moment those who did not find the stick started come back to the mosque. Hoja Ahmed told them: 'Out of this large number of students I found only one deserved student and friend'. Then he read surah Fatiha to Shopan Ata  and allowed him to go to Mangyshlak to find his essa having said goodbye to him forever. Shopan Ata departed and walked for a few months, finally he came to Mangyshlak, where according to God's instruction he found the place Hoja Ahmed's essa fell, and saw that it turned into a high tree; under the tree a venerable-looking man was sitting who seemed to be waiting for the arrival of Shopan Ata. They immediately became acquainted. Shopan Ata married his daughter and stayed here forever. Soon the whole Mangyshlak became aware of the arrival of Shopan Ata, his wisdom and knowledge; people came to listen to his lessons, and ten thousand people became his murids. Shopan Ata had three children: sons Issan-Ata (Eshan) and Chagrik-Ata (Shah-Roh) and daughter Tergin Bibi. Shopan Ata performed many miracles during life and after death; it is impossible to list them all.  The tomb of Shopan-Ata is situated in a  rocky area, currently known as an underground mosque of Shopan-Ata.

1. Legends of the Adais about the Lived and Died Holy Hanafiyah Sects  in Mangyshlak. // Collection of Data about the Mountain Peoples of the Caucasus. 7 issues. Tiflis, 1873

4. Archives of Mangystau National Historical and Cultural Reserve, KPPM-225 (Passport of the monument). 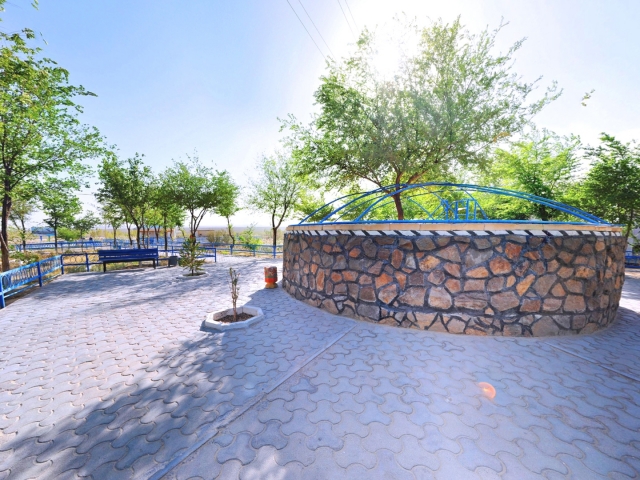 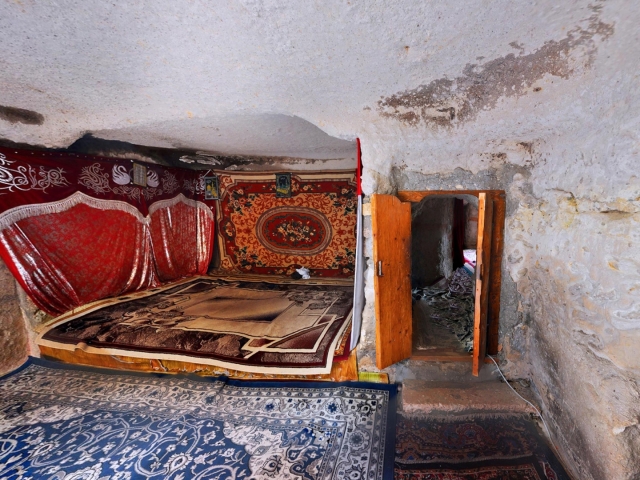 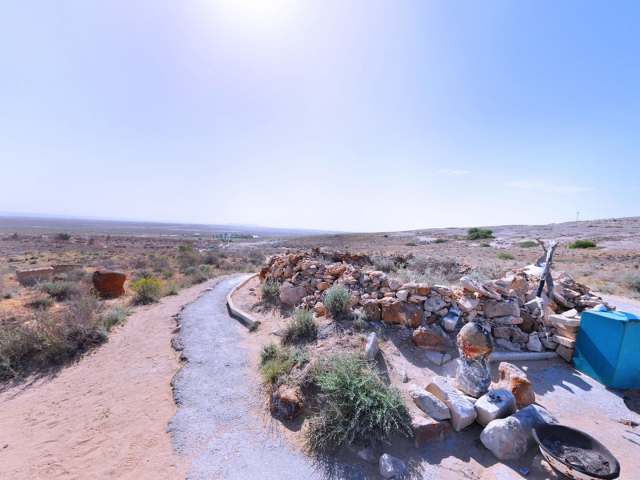 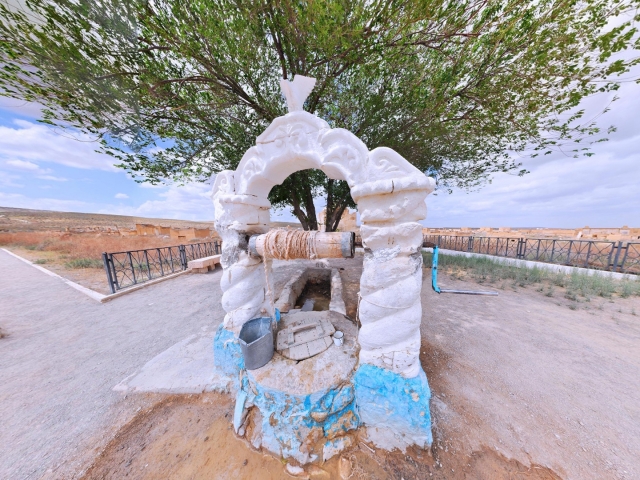 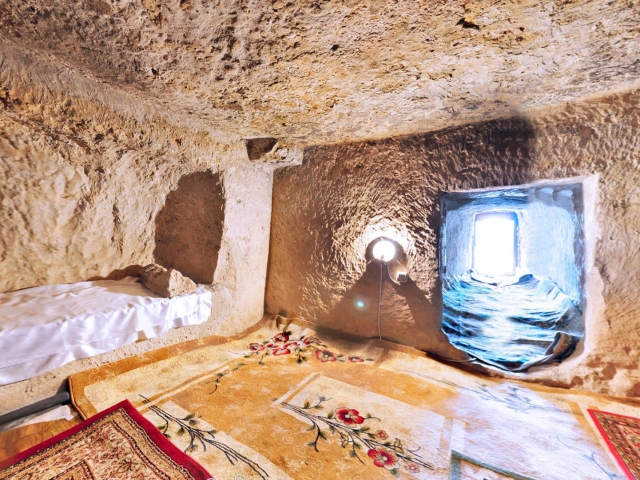 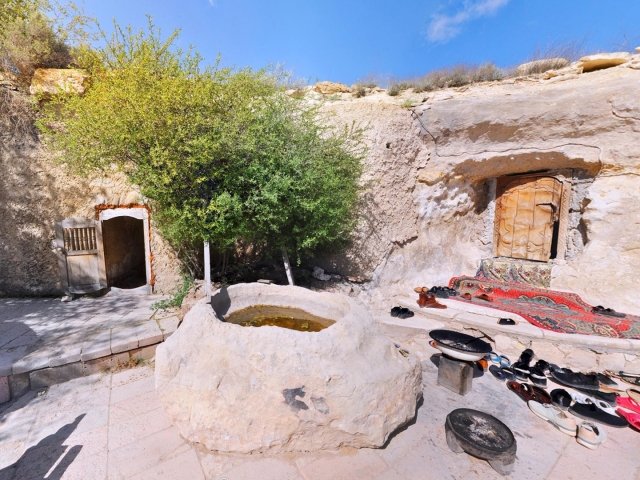 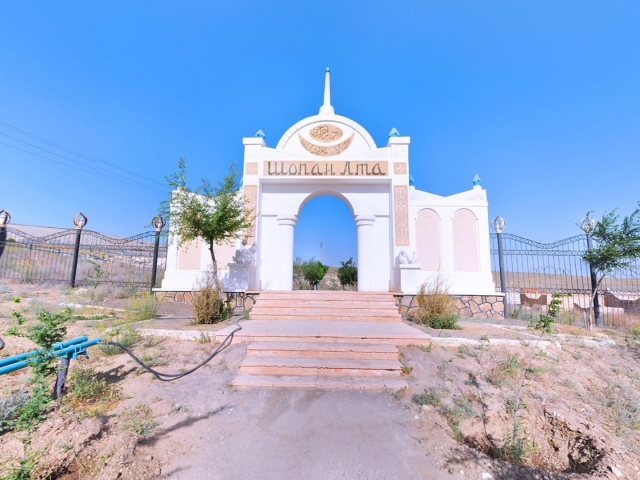 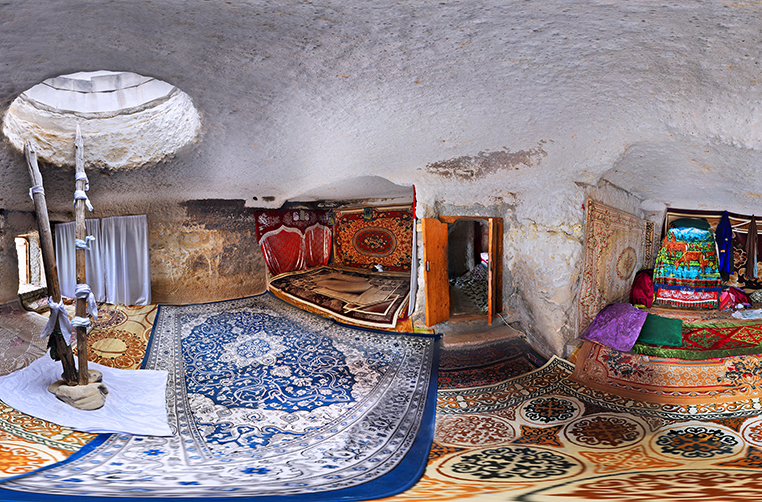 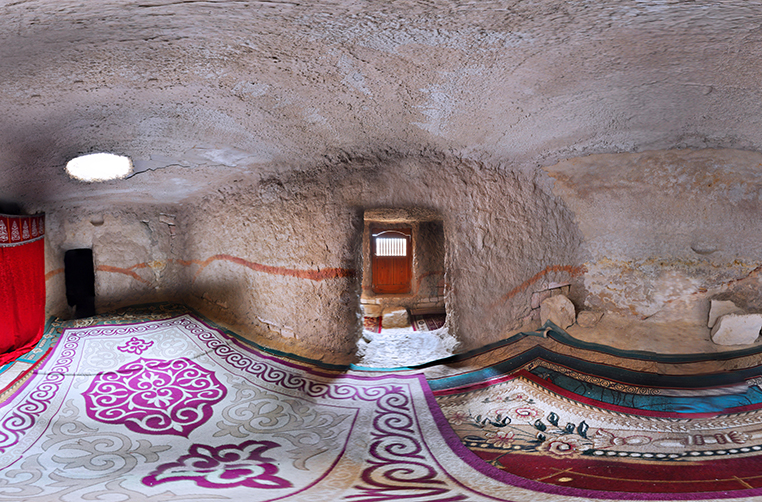 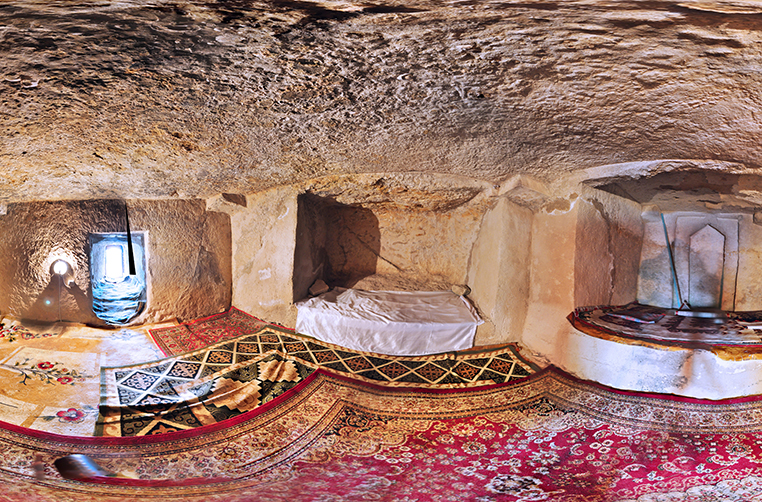 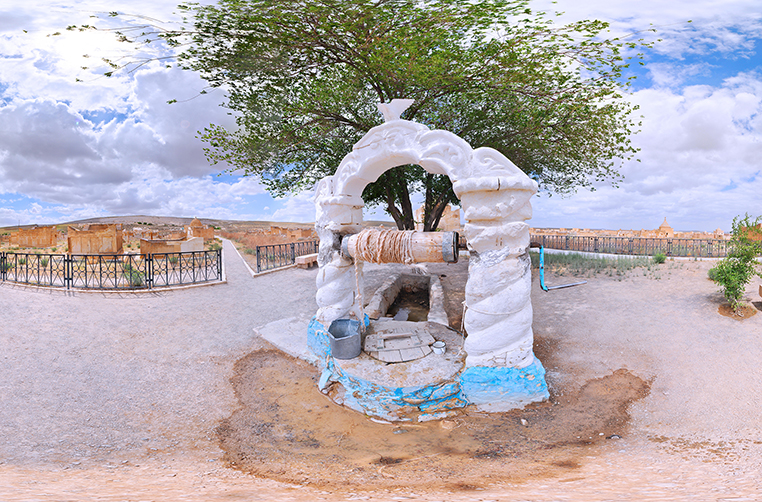 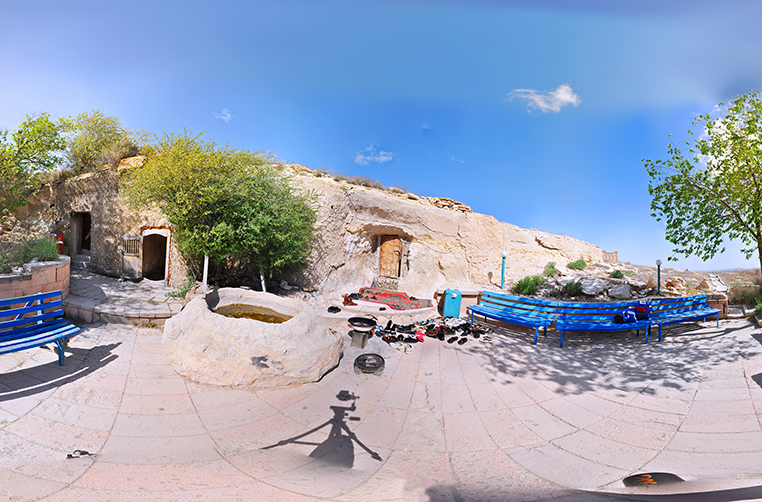 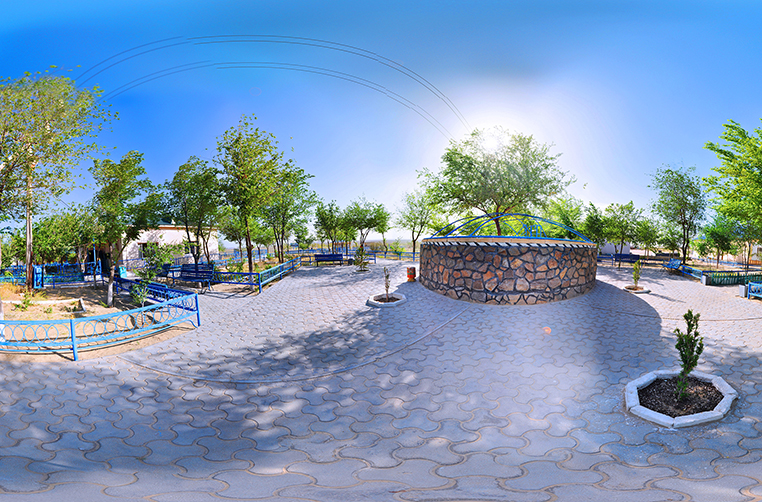 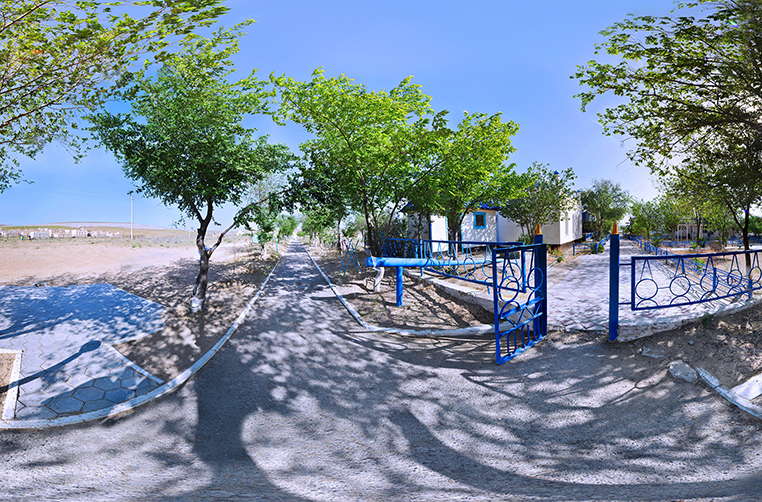 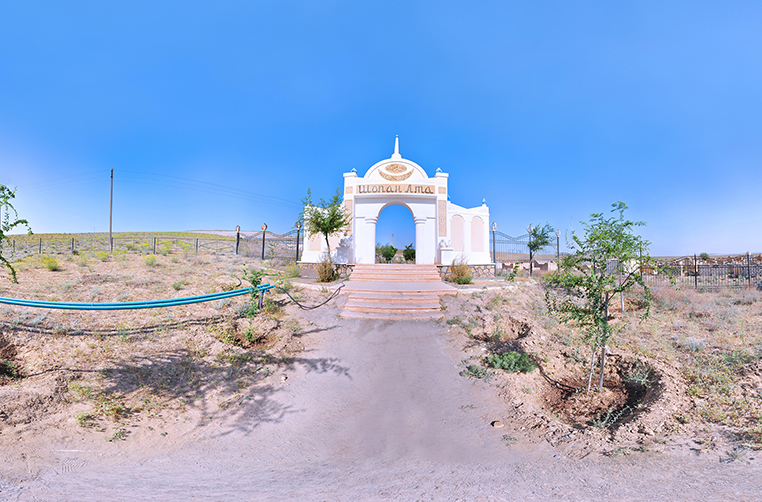 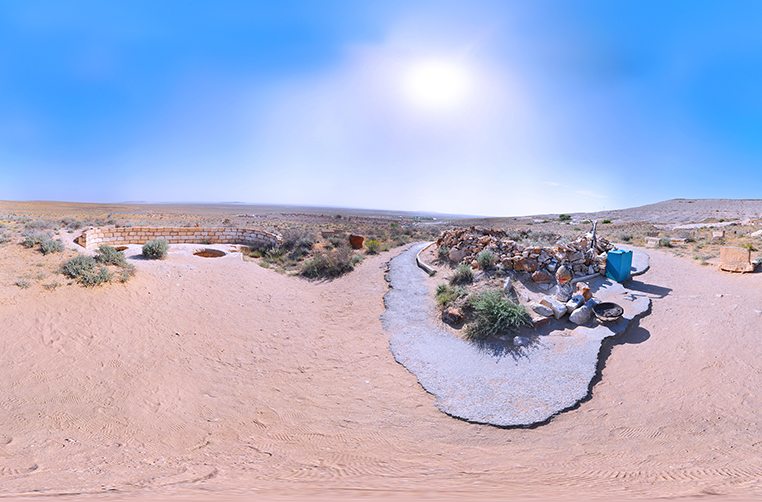