Description of the Monument: In 1982 the necropolis was included in the governmental records with local status. Pilgrimage begins with a symbolic burial of the saint Sultan-Epe, made of stone fence of round shape with stuck wooden staves. The underground mosque is located at some distance from the necropolis to the north-east from it. Sultan-Epe mosque is cut in the bulk of limestone rock. The mosque is located in the southernmost part of the northern coast of the sea. In 2003 archaeological research was performed by specialists of Mangystau National Historical and Cultural Reserve under the direction of A. Astafyev and M. Kalmenov. The underground mosque consists of 9 rooms. The entrance room ends with in a kind of very steep stairs made of rough stone slabs of different sizes. The staircase descends into a small hall with a high roof and a skylight. The walls are built of stone. Inside the room there is a high staircase. The hall is rectangular, and the walls are up to 3 m high. On the north wall of the hall there is also a light opening that leads to a narrow room. Special attention deserves Sultan-Epe canyon and the well . Sultan-Epe canyon is located on the northern coast of the Tupkaragan Peninsula, near the Sarytas Gulf extended to 5 km from the sea. It is a very beautiful place. Sultan-Epe canyon is a plethora of different flora and fauna that you will not find elsewhere in the region. The picturesque canyon is very deep; there is a stream flowing there. The slopes and the bottom of the gorge are covered with dense thickets of blackberry, buckthorn, kale, mulberry, sloe and wild herbs. Being a kind of oasis the place attracts many different animals and birds. Corsac fox, Brandt's hedgehog dwell here; such birds as rose-colored pastor, bee-eaters and sea-eagle and others make nests here.  3 km away there is a beautiful panorama of the sea shore. The well with drinking water of excellent quality is located 6 m from the cliff. Locals say the water has healing properties. In the records of P. Lomakin dated 1870 Sultan-Epe spring is mentioned but no reports of wells. This suggests that the well was built later in the end of the 19th century.

Historical Data, Legends and Stories: According to the book 'Legends of the Adais about the Lived and Died Holy Hanafiyah Sects  in Mangyshlak. // Collection of Data about the Mountain Peoples of the Caucasus' (Vol. 7, Tiflis, 1873),' Sultan-Epe was the son of the famous Central Asian mystic poet Khakim-Ata (Suleiman Bakyrgani), a disciple of Ahmad Yassawi, and Ambar-Ana. According to the legend, Sultan-Epe is the patron of drowning people and fishermen. He did many miracles. For example, transferred Kaaba to Bakyrgan (Khorezm) for his father, miraculously revived slaughtered bulls, etc. However, Khakim-Ata treated activities of his sun with jealousy and distrust. In response Sultan-Epe bid farewell to his father and mother ans became invisible. Having heard of this Khodja Ahmed Yassawi punished Khakim-Ata with an inverse blessing: allegedly on his command over the grave of the latter Amu Darya was flowing for forty years and the city of Bakyrhan was destroyed. About a hundred years after disappearance of Sultan-Epe the Nogais were migrating in Mangistau. Among the nomadic Nogais there was a mullah who taught children to read and write. Among his pupils there was weak and lame boy named Heyrulla. Every day he was beaten: in school by the mullah, and at home by his  parents. Comrades mocked him and always insulted him. In short, his life was hard. Once Heyrulla went far to the steppe and decided to take his own life. Tired of walking, he leaned against a big rock and turned to God with fervent prayer, he cried a lot, pounded his chest and finally fell asleep. At noon the next day, when he was still asleep, he saw unknown person in his dream who said: 'My son! Don't cry, open your mouth'. Heyrulla did. The stranger spat in his mouth that made the boy wise and educated. Then the stranger said to him: 'Get up, cross the steppe and in the place where you see a seated eagle, build a mosque'. Heyrulla responded: 'I am very weak and can't lift even a small stone'. The stranger said: 'I am Sultan-Epe, when you raise the stones, say: Oh, Sultan-Epe! and stones will rise with the divine power and you will easily put them  where it will be necessary'. After this Sultan-Epe disappeared. Heyrulla woke up, went to the steppe, and soon he saw a seated eagle. When he approached him, the eagle said loudly: 'Sultan-Epe!', took off and disappeared. Having noted the location where the eagle was sitting, Heyrulla returned to his teacher. The mullah beat him for being absent so long , gave him a book and told him to read. Heyrulla read without difficulty. Then the mullah assigned him another seven pages of the new lesson, - he read them once and answer like a scholar. Thus, the boy showed up wisdom, and all the people were astonished at such a miracle. After this Heyrulla went to the steppe came to the place where the eagle was seated, touched big stones  and exclaimed, 'Oh, Sultan-Epe!'. Every stone, touched by the boy easily went up and down on the place where needed. Thus Heyrulla built the mosque very quickly. After this miracle, the boy was respectfully called 'Sufi'. 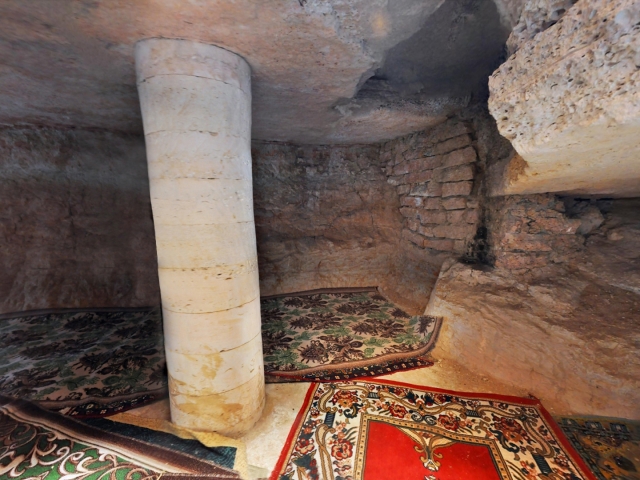 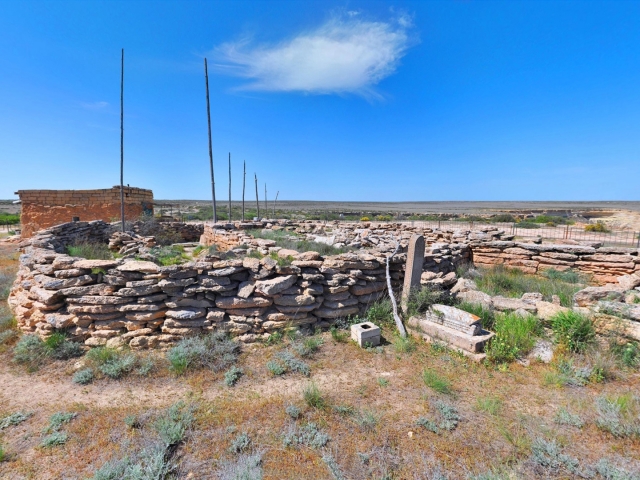 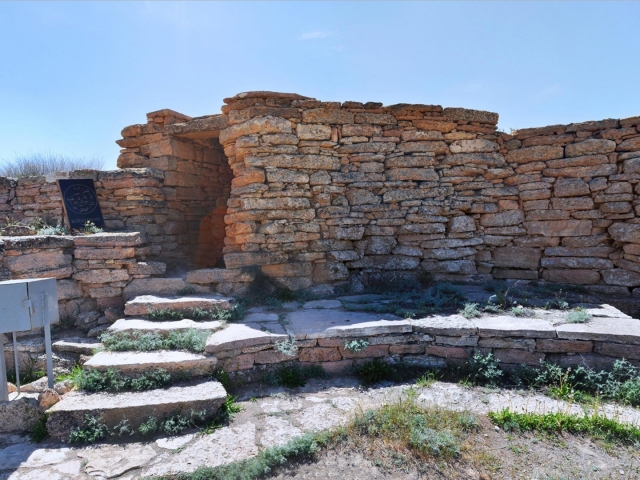 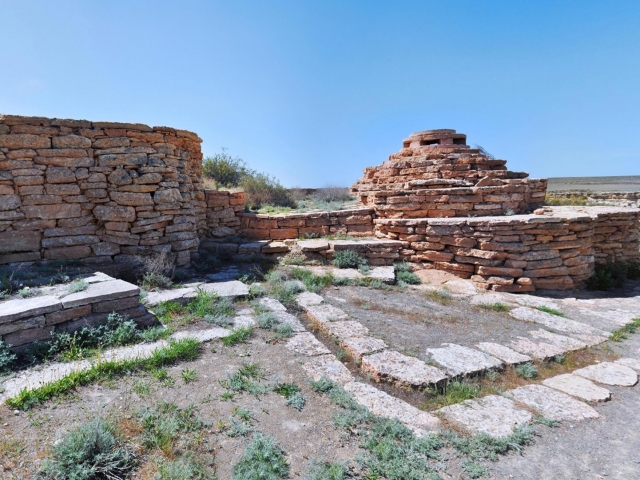 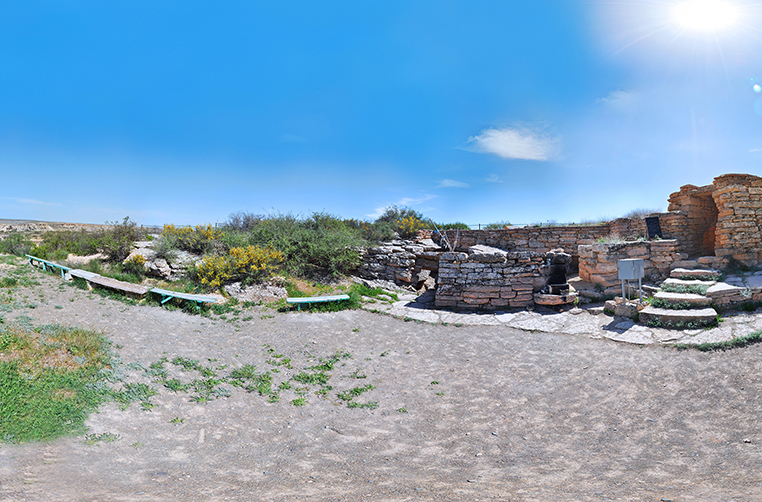 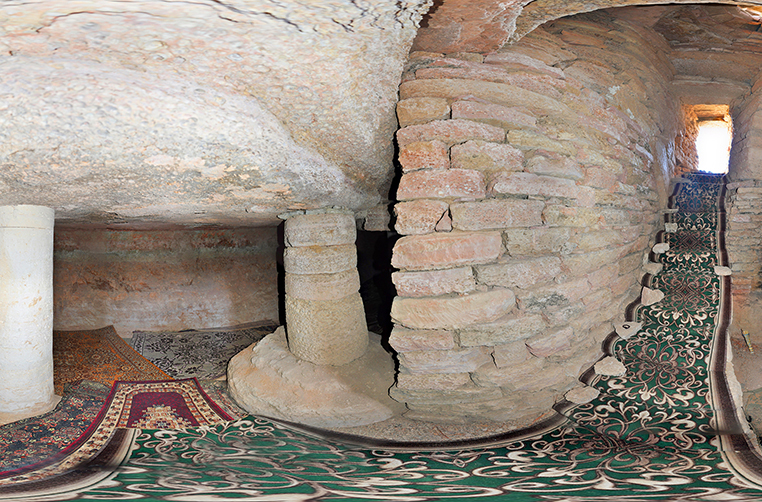 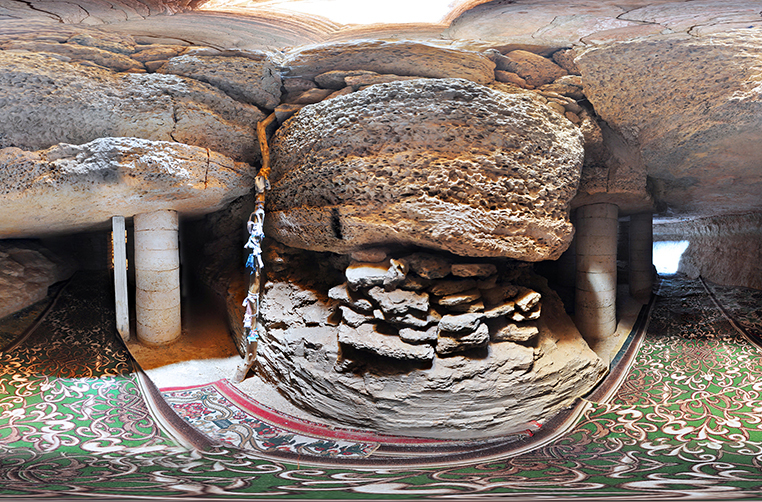 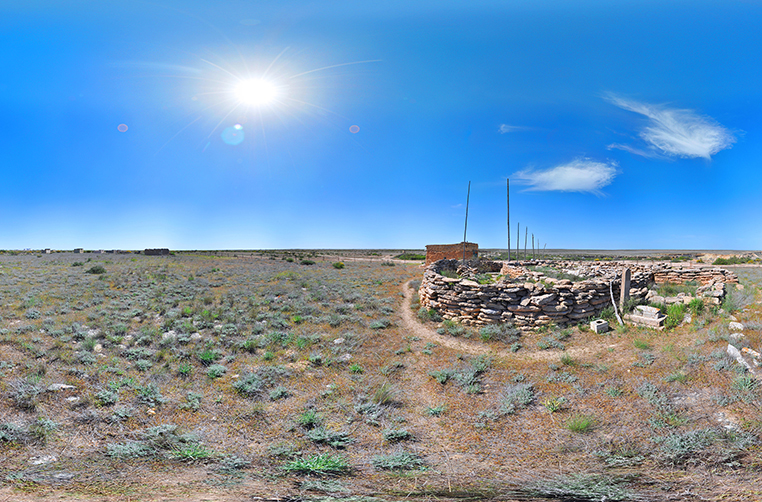 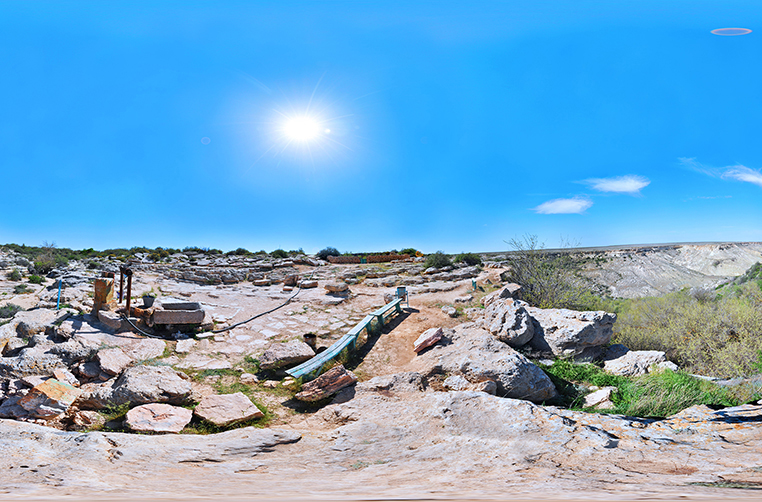