Location: located in Mangistau district of Mangistau region, 5 km to the south-east from Beki village.

Description of the Monument: Studied by expedition of Mangistau National Historical and Cultural Reserve in 2004, under the direction of K. Konyssa. Included in governmental records upon Resolution no. 197 dated October 5, 2004 of Mangistau Regional Akimat. It is currently included in the list of national historical and cultural monuments of local value by Order no. 3 dated January 5, 2018 by Mangistau Regional Akimat. This memorial was included into the list of sacred objects as part of the project of regional importance Geography of Sacral Paces in Kazakhstan within the program 'Spiritual Renewal'. The ancient necropolis is situated on a high elongated hill near the road Zhetybai-Shetpe. At the entrance to its territory there is a traditional place for prayers paved with stone; one of them is in the form of a rock work with a wooden pole, another one looks like an elongated fence. According to the legends Holy Yessen Ata is buried here. The whole area of the necropolis is divided into the old and new parts. In the old part the graves are paved with rocks and fenced with koytasses and kulpytasses. Most koytasses and kulpytasses are decorated with flat carving of complex ornament. There are a diversity of gravestones, reflecting pagan and Muslim world representations. Later part of the necropolis of 18-20th centuries where saganatams are found is constructed with modern buildings.

Historical Data, Legends and Stories: In the western part of the necropolis 6 km away there is an underground mosque Yessen Ata; there is no exact data but according to people's talk it connects with underground mosque Karaman-Ata with a long tunnel. According to the legend Yessen Ata as well as Karaman-Ata are sons of Shopan-Ata. There is a version that Yessen Ata, historical figure of 13-14th centuries, representative of the mystical Sufi in Mangistau who preached Islam, but again no exact sources are available. In the book of A.Kekilbayev about Shopan-Ata and Becket-Ata there is a story: Appearance of a Stick Thrown into the Hole of Shanyrak - Assa Tayak in Mangistau, where you learn about Yessen Ata. 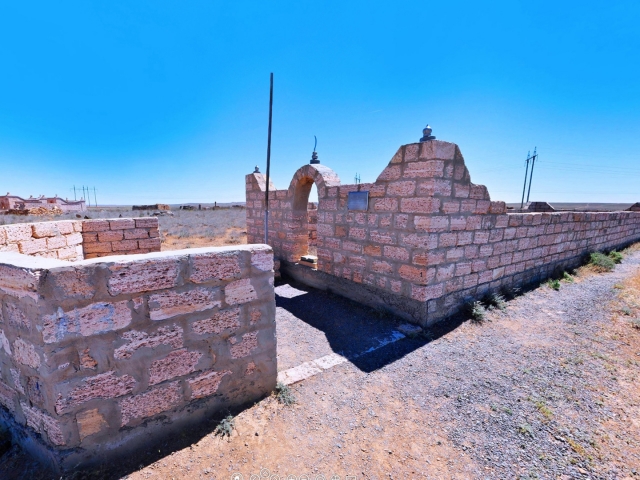 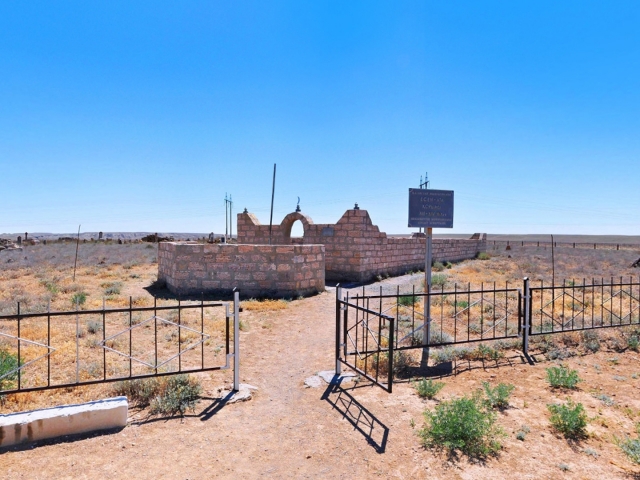 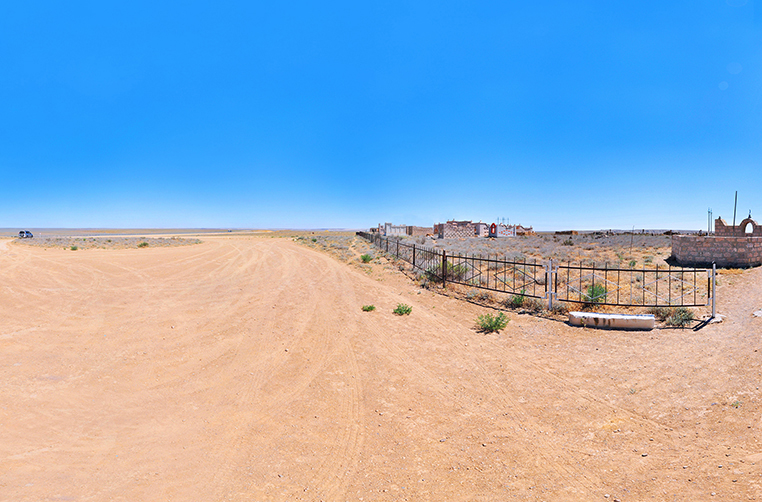 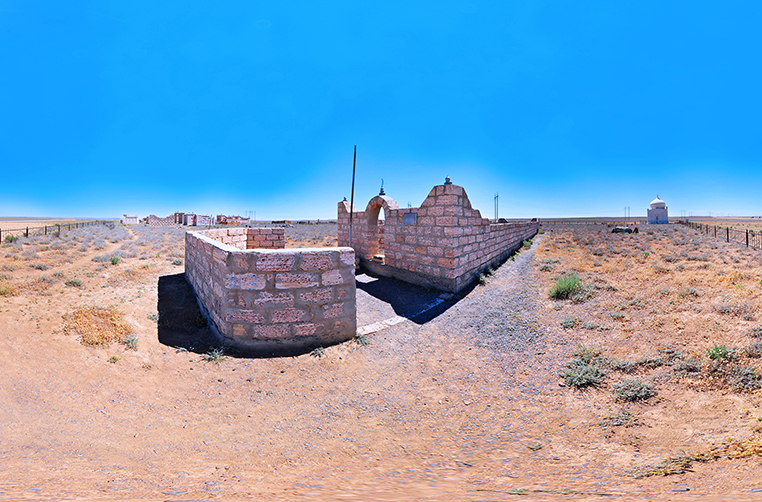 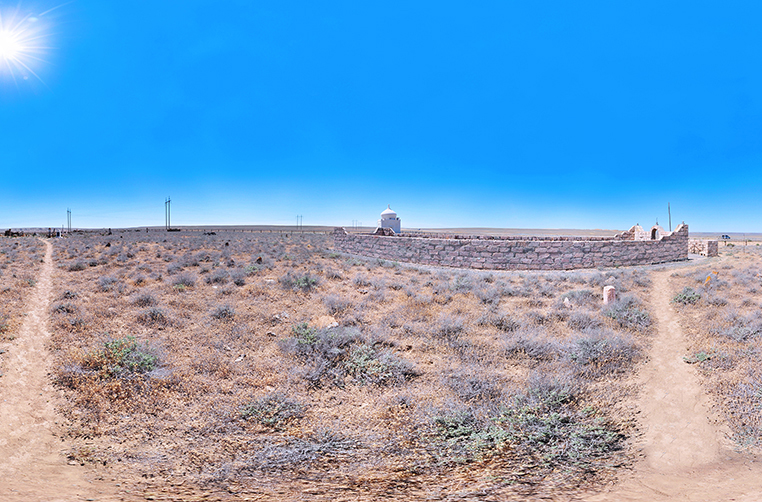